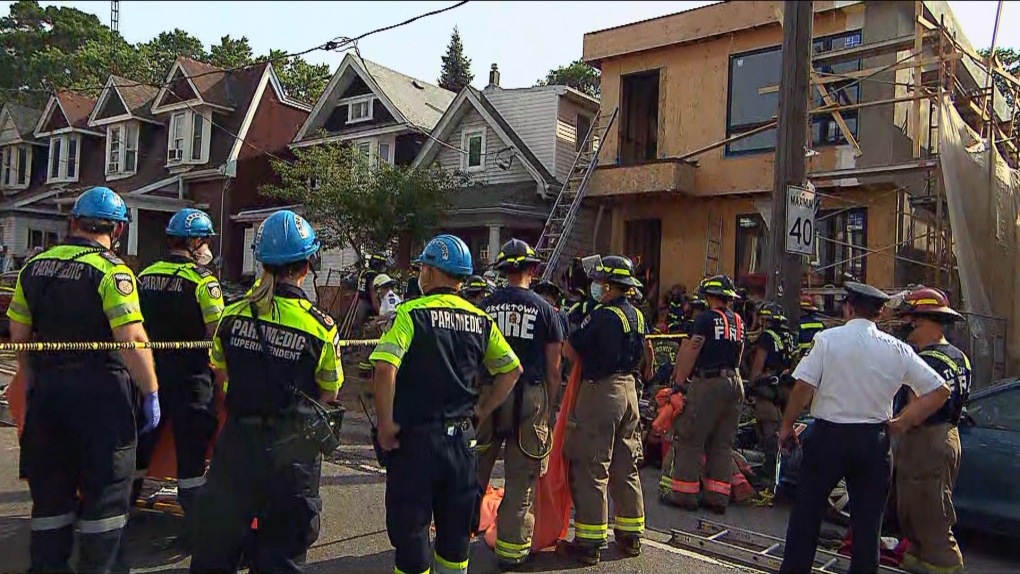 Emergency crews arrive on scene of a house collapse in the city's east-end that left one man dead. (CTV News Toronto)

TORONTO -- Toronto police say that a man has died after a house collapsed in the city’s east-end on Sunday morning.

Emergency crews were called to the area of Jones and Boultbee avenues, between Gerrard Street and Danforth Avenue, for a report of an explosion inside a house under construction.

When crews arrived on scene, they located a man trapped in the structural debris suffering from critical injuries and began working to extricate him.

Just before 10 a.m., Toronto police confirmed that the man had succumbed to his injuries as crews worked to remove his body from the collapsed structure.

Police say that the ministry of labour has been called in to investigate, adding that it’s unclear what caused the house to collapse.

No one else is believed to have been in the building at the time of the collapse, according to police.