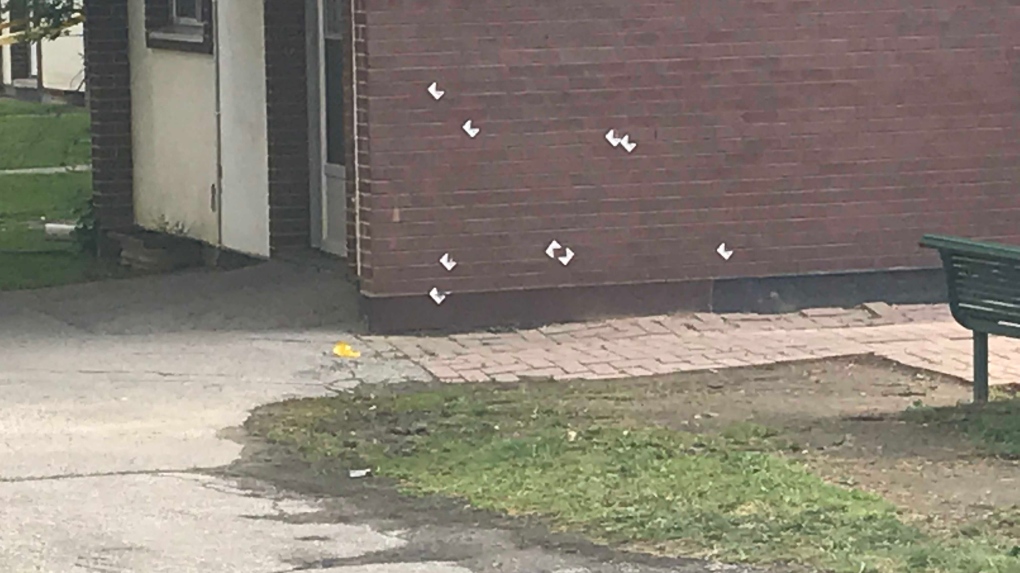 Evidence markers are shown at the scene of a shooting investigation outside a Rexdale housing complex. (Brandon Gonez)

TORONTO -- A 33-year-old man is dead after a shooting outside a Rexdale housing complex early Saturday morning.

Officers were called to the Toronto Community Housing complex at 1809 Martin Grove Road at around 12:30 a.m.

Insp. Norm Proctor tells CP24 that the victim was then located in a courtyard behind the complex with “numerous gunshot wounds.”

He was rushed to hospital in life-threatening condition but on Saturday morning police confirmed that he has since succumbed to his injuries.

Proctor said that there were reports of a grey vehicle seen fleeing the scene, though no suspect descriptions have been released at this time. 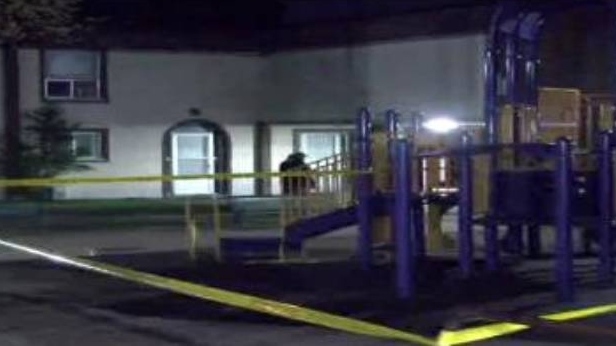 “We would like anybody who saw anything or has anything to tell us to come forward and contact us so that we can solve this,” Proctor said. “We can’t do it on our own and we need the help of the community.”

Proctor said that there were surveillance cameras in the area and that officers will be reviewing that footage.

He said that they will also conducting a canvas in the neighbourhood in the hopes of locating additional witnesses and video footage.