Man dead after drowning in backyard pool at Hamilton home 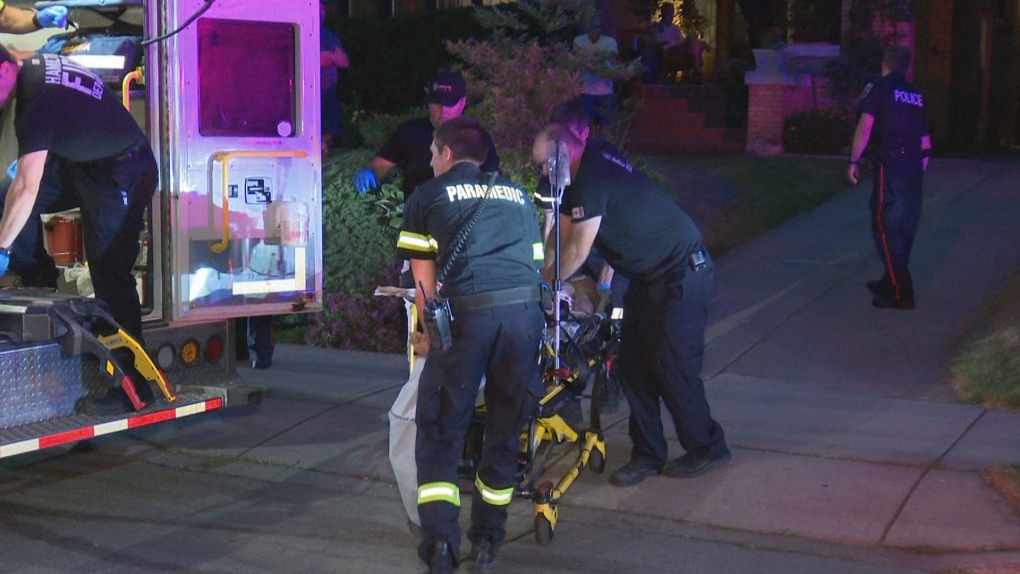 Paramedics in Hamilton rush the 30-year-old man into a waiting ambulance before taking him to hospital.

A man has died after being pulled from a backyard pool in Hamilton, police say.

Authorities said a 30-year-old man was found without vital signs at a home on Proctor Boulevard around 9 p.m. on Monday.

Police said the homeowner performed CPR on the man before he was taken to hospital and pronounced dead.

The man’s drowning comes just days after a 33-year-old woman died in Lake Ontario trying to save her six-year-old son who was swept away from shore.

An 89-year-old man also drowned on Monday after being pulled from a pool in a Burlington apartment.