TORONTO -- A man is dead and two others are in serious condition after a tractor trailer collided with two vehicles and then rolled over near a gas station in Mississauga early on Monday morning.

Peel Regional Police Duty Insp. Sean Brennan says that they were called to the corner of Mavis Road and Eglinton Avenue West for a major collision.

Investigators say the driver of a tractor trailer was heading east on Eglinton through the intersection of Mavis Road “at a high rate of speed” when he struck a sedan, which then was pushed into the path of an SUV. 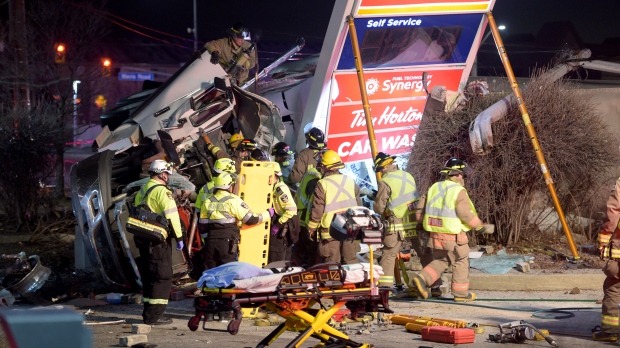 he tractor trailer, which is believed to have been stolen earlier on Sunday evening, then rolled over and came to rest after striking a large sign outside a nearby gas station.

The driver of the tractor trailer, identified as a man, was later pronounced dead.

The drivers of the SUV and sedan were rushed to hospital where they remain in serious condition. 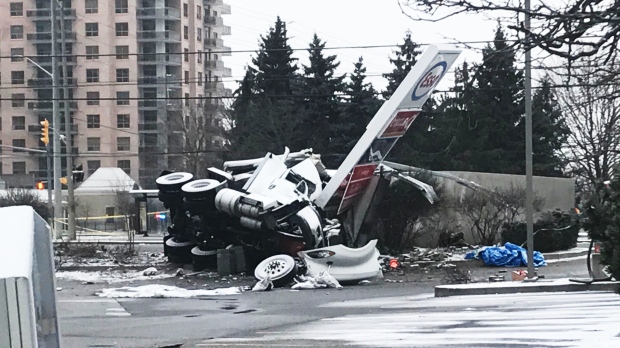 Brennan said the intersection is closed to allow for cleanup of spilled fuel and other damage, as well as some severed power lines.

Police said the tractor trailer was filled with meat.