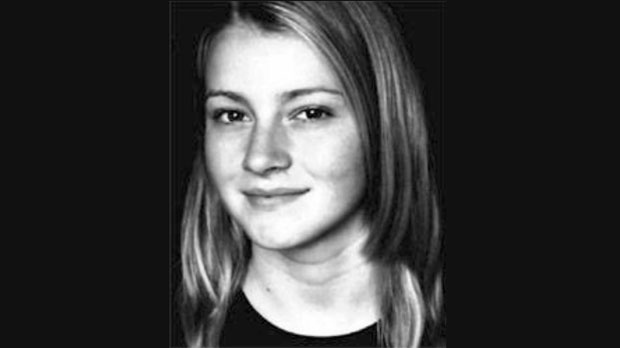 TORONTO -- A man convicted of second-degree murder in a public shooting that killed a Toronto teen on Boxing Day nearly 15 years ago has been denied day and full parole.

Jorrell Simpson-Rowe was one of four people found guilty in Jane Creba's death. He was also convicted of aggravated assault and unauthorized possession of a firearm.

Creba, 15, was shopping with relatives on Toronto's Yonge Street in a busy downtown area when she was caught in the crossfire of a shootout between rival gangs in December 2005.

In a recent decision, the Parole Board of Canada says Simpson-Rowe, who was 17 when he began serving his life sentence in 2009, would present an "undue risk" if released on either day or full parole.

The board says Simpson-Rowe, now 32, continues to show problematic behaviours while in prison and must do more to address his risk factors and manage his emotions, noting he is considered at a high risk of reoffending violently.

It also says he failed to present a viable plan for either type of parole.

The two-member panel called Simpson-Rowe's case "particularly challenging and complex" given his background and ongoing mental health issues, and acknowledged concerns regarding the detrimental impact of his lengthy incarceration on his progress and rehabilitation.

But it said its "paramount consideration" is public safety.

"The board remains troubled with a number of ongoing areas of concern that indicate you have more work to do in order for you to adequately address your risk factors, be compliant with institutional rules and expectations, and consistently manage your emotions over a sustained period," it wrote.

Simpson-Rowe has displayed problematic behaviours in prison, including "threatening and aggressive behaviour towards correctional officers, assaulting a visitor and engaging in physical altercations with other inmates," it said.

Other incidents involved attempting to divert medication and possessing a contraband cellphone, the board said.

He has also previously engaged in self-harm and has threatened to do so again if his demands to be transferred to another institution aren't met, it said.

"When the board reviewed the various institutional incidents, which have occurred since your last hearing, you agreed you have not made the best choices, however you continued to place blame on others and justify your behaviour," the panel wrote.

Simpson-Rowe, who unsuccessfully appealed his convictions and sentence, initially maintained his innocence in the shooting, saying his involvement was limited to being present and having possession of the firearm after the incident, the board said.

He now says someone from the other group shot and killed Creba and that he returned fire.

In 2016 and 2017, Simpson-Rowe was denied escorted temporary absences from prison.

This report by The Canadian Press was first released on Aug. 10, 2020.