A Scarborough home that a homicide victim was found outside of on May 2, 2020 is shown. (Shanelle Kaul)

TORONTO -- A 20-year-old man has been charged in the shooting death of a 23-year-old man in Scarborough in May.

Toronto police were called to a home in the area of Tower Drive and Lawrence Avenue at around 10:40 p.m. on May 2 after a citizen found a man on the ground suffering from a gunshot wound.

When officers arrived at the scene, the victim was located and rushed to a hospital, where he was later pronounced dead.

He was identified as Toronto resident Daniel Boima. 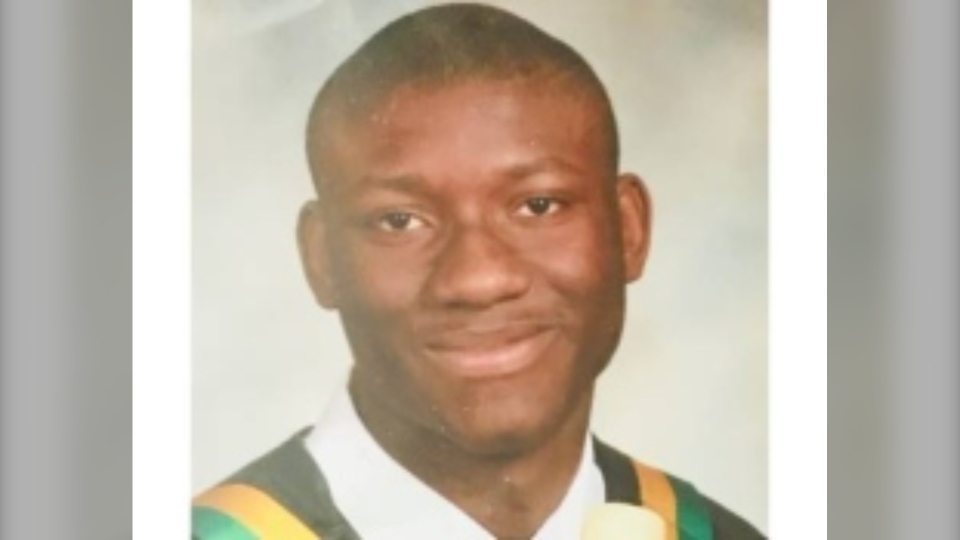 Daniel Boima, 23, is shown in this handout photo. Boima has been identified as the victim in a fatal shooting in Scarborough on Saturday night.

Following the execution of search warrants in Scarborough and Oshawa on Friday, police said Joshua Johnson, of Toronto, was arrested and charged with second-degree murder.

He is scheduled to appear in court on June 24.

Investigators are looking into identifying at least one more suspect.