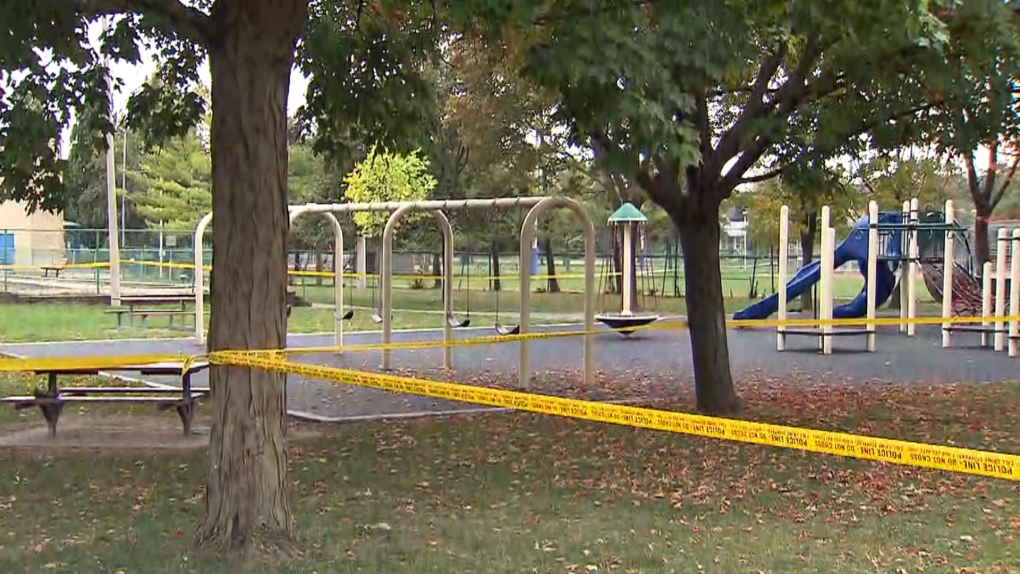 Police tape is seen at the scene of a North York stabbing. (CTV News Toronto)

A 30-year-old man is now facing a slew of charges after a woman was stabbed in North York on Monday afternoon.

At around 2 p.m., emergency crews were called to the area of Yonge Street and Pleasant Avenue, on the north side of Goulding Park, for a report of a man brandishing a knife.

Upon arrival at the scene, officers said they located a female victim, believed to be in her 30s, suffering from multiple knife wounds. She was transported to hospital with serious injuries.

Following a brief search of the area where the initial call came in from, police were able to locate a male suspect “with the assistance of several citizens.”

Stabbing:
The male suspect has been located, he is now in custody.^adc

Sen Yang has been charged in connection with the investigation. He is now facing six charges, including attempted murder and assault with a weapon.

Yang was scheduled to appear in court on Tuesday.