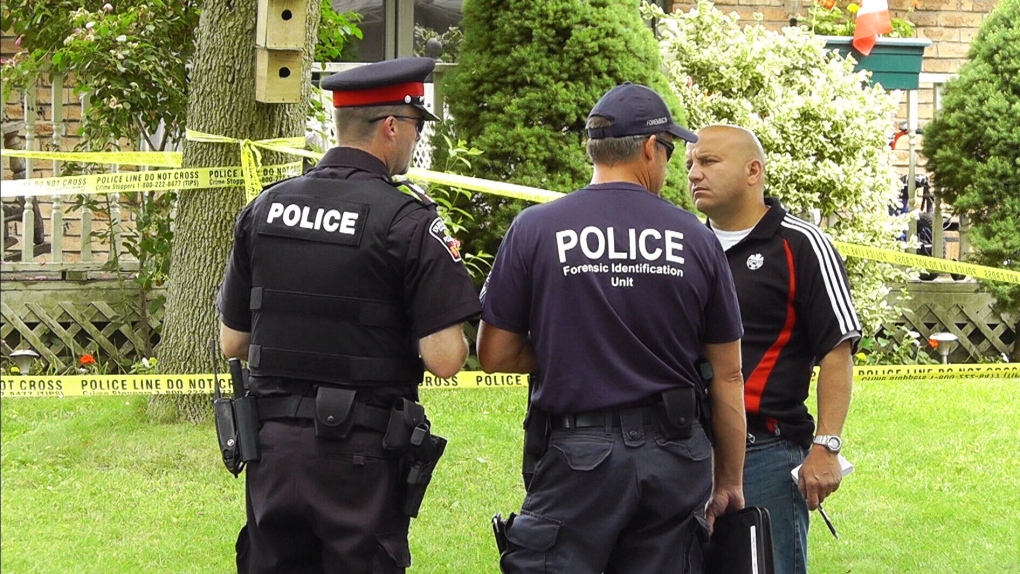 Durham Regional Police after a stabbing incident in Whitby, Ont, left a person in hospital on Sunday, June 30, 2013.

WHITBY, Ont. -- A 47-year-old man is facing multiple charges after a stabbing incident in Whitby, Ont, left a person in hospital.

Durham Regional Police say Richard Atanasoff has been charged with attempted murder and several weapons offences and has been remanded into custody.

Police say a 36-year-old victim was found suffering from multiple stab wounds on Sunday and was rushed to a local hospital.

He remains in critical but stable condition.

Police say the two men knew each other and were involved in a verbal dispute that escalated into violence at a home.

Police have completed their forensic work at the home and are asking anyone with new information on the case to contact them.