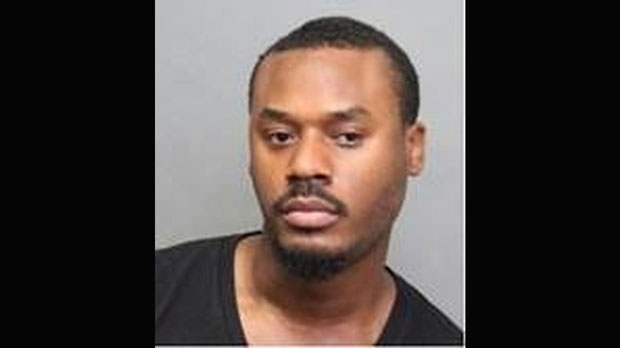 A 24-year-old man has been charged in connection with the robbery and sexual assault of a woman at a downtown condominium in the Fashion District earlier this week.

The incident occurred in the area of Bathurst and King streets around 12:45 a.m. on July 10.

According to investigators, two men followed a 19-year-old woman into the elevator of the building. One of the men tried to grab the woman’s cell phone, police said, and a struggle ensued.

The man allegedly pulled out a gun and robbed the woman, police say.

Police said that the woman was “violently dragged out of the elevator” and sexually assaulted by both men in a stairwell.

The men went to the underground parking garage of the building and fled the area in a vehicle.

A suspect identified by police as Toronto resident Shane Acton Codrington is facing numerous charges, including robbery with a firearm, forcible confinement, and aggravated sexual assault.

He appeared in court on Saturday morning.

Police are searching for a second suspect, identified as 24-year-old Jevor Oshane Brown of Toronto, in connection with the incident.

“He is considered violent and dangerous,” police said in a news release issued Saturday. “If located, do not approach. Call 911 immediately.”