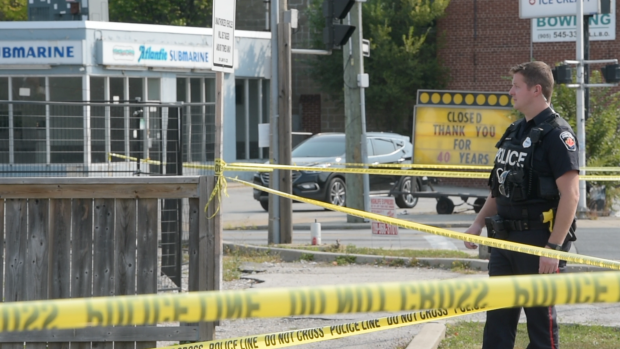 Police investigate the death of a woman in Hamilton, Ont.

TORONTO -- A 39-year-old man has been arrested in connection with the murder of a woman found dead inside his Hamilton apartment on Monday night.

The Hamilton Police Service said shortly after 9 p.m., a 911 call came in about a male in need of medical attention in the area of King Street East and Sherman Avenue.

Police and paramedics responded to the scene and found a 39-year-old man suffering from injuries.

One of the responding officers recognized the male, police said, and knew that he resided in a nearby building.

Det.-Sgt. Peter Thom told reporters Tuesday that police were able to gain entry to his apartment with the assistance of the building's superintendent.

"The way the male was found, the extent of his injuries, they thought there may be some concern for other persons," Thom said.

Upon entry into the man's third-floor unit, officers found a female inside the apartment suffering from "signs of trauma."

She was later pronounced dead by paramedics.

Members of the major crime have taken over the homicide investigation but officers have not yet publicly identified the victim.

"We have an idea of who she may be but we are working to firm up her identity and pay a visit to her next of kin," Thom said.

Police have also not released the woman's cause of death. 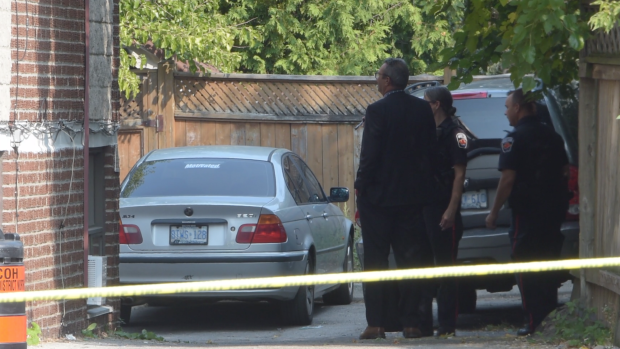 The male found injured at the scene, who has now been identified by investigators as Shaun Chiasson, was transported to hospital for treatment and was subsequently charged with second-degree murder.

Police would not say how Chiasson was injured or if the injuries were self-inflicted.

The accused, Thom said, has had some "minor run-ins" with the Hamilton Police Service in the past.

Officers are continuing to search for evidence and examine the crime scene.

"We are still processing the apartment. Our forensic guys worked all night as we all did," Thom said. "We conducted a search in and around the area externally and no weapon was found."

Police are asking anyone with additional information about the homicide to call police or Crime Stoppers anonymously.