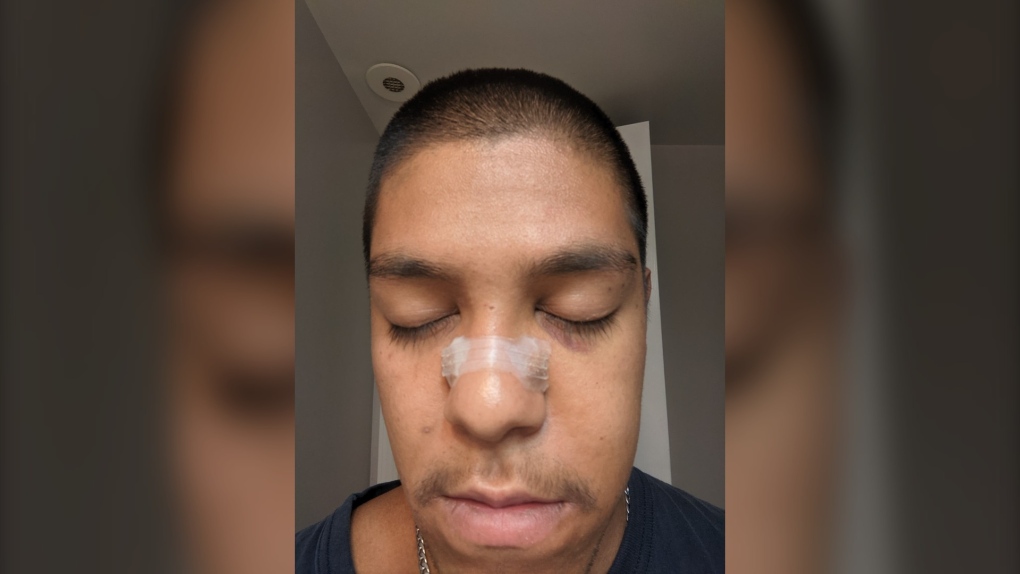 TORONTO -- A man has been arrested in connection with a violent, homophobic assault on Toronto Island that left a man with significant injuries earlier this month, Toronto police say.

According to police, the incident happened at the ferry docks on the Island at around 11:30 p.m.

A 24-year-old man, identified by CTV News Toronto as David Gomez, and a 27-year-old woman were walking to the ferry docks when they became involved in a disagreement with a group of people, police said.

Investigators said a man from the group made homophobic comments towards the victims and a woman grabbed one of the victims.

Then two men from the group assaulted Gomez by punching and kicking him, leaving him with significant injuries, according to police.

In a social media post after the incident, Gomez said he was called homophobic names and was “knocked unconscious, and nearly beat to death.”

A week after the incident, Gomez told CTV News Toronto that he was still in a lot of pain and struggling to go outside.

“I’m scared to leave my home,” he told CTV News Toronto on Monday. “It’s been several days since. I only go to and from the hospital now.”

The Canadian Football League confirmed that Redblacks defensive linemen Chris Larsen was suspended following “allegations of an assault by a group of individuals” and a pending Toronto police investigation.

On Saturday, a spokesperson for the Redblacks confirmed to CTV News Toronto that Larsen is still suspended.

“I want to make it clear that while we have successfully charged someone for their alleged involvement in this assault, our investigation does not stop here,” Det. Const. Lauren Hassard said in a statement.

“This is a complex case and we still encourage witnesses to come forward. In particular, we want to speak to two women who we believe were in the area at the time and are described as white, in their 20s and with brown hair,” she added.

June is Pride Month in Toronto but Pride Toronto’s Executive Director said the incident is a stark reminder that more needs to be done to raise awareness about the discrimination and homophobia 2SLGBTQ+ communities continue to face.

“It is very disheartening that in 2021 we’re still facing this sort of attack. Yesterday and the day before our social media, our phone calls were ringing off the hook, just individuals not feeling safe,” Sherwin Modeste told CTV News Toronto on June 9.