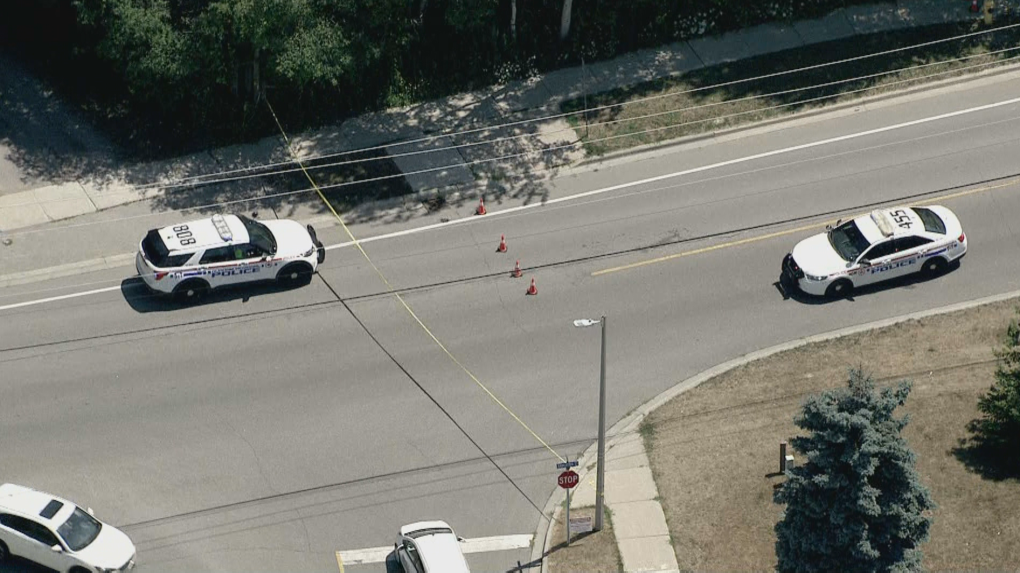 On Wednesday, July 29, Durham Regional Police officers located a woman near a creek southeast of the intersection of Taunton Road East and Anderson Street.

TORONTO -- An arrest has been made in connection with a brutal attack on a Whitby woman who was assaulted while out for a walk in her neighbourhood and left for dead near a creek last month.

Investigators say the victim went out for a walk alone along “her usual route” in the area near her Whitby home on the evening on July 28.

When she did not return back to her residence at the usual time, investigators say the victim’s family contacted police.

“The victim's family were concerned as this was out of character for her,” Durham Regional Police Chief Paul Martin said during a news conference on Friday morning.

Following a massive hours-long search involving numerous officers along with the police service’s helicopter and K9 unit, the woman was found near a creek in the area of Taunton Road East and Anderson Street.

Police say the victim had sustained injuries “consistent with a vicious assault” and was rushed to a trauma centre via air ambulance in critical condition.

“We created an investigative team which worked around the clock to help solve this horrific assault,” Martin said.

Less than a week following the attack, police released a video of a person of interest wanted in connection with the case.

In the video, an unknown man appears to be following the woman, keeping pace and walking about 45 metres behind her between 8:50 p.m. and 9 p.m. on the night she disappeared.

“With the assistance of the media and our community members, we received numerous tips, photos and video surveillance, which assisted our investigators to identify this person,” Martin told reporters Friday.

“With other evidence collected at the scene, we were confident this person was our suspect.”

Police said the suspect, identified by investigators as 21-year-old Whitby resident Anthony Doiron-Francis, was arrested in Ottawa overnight and was held for a bail hearing.

“The suspect was not known to the victim and this was a random assault,” Martin said Friday, adding that the also suspect had no prior interaction with police.

Martin said the victim remains in hospital in critical condition but police will not be releasing any additional information about her injuries “out of respect for the victim and her family.”

“We hope the victim makes a full recovery and we are doing what we can to support the family during this difficult time,” Martin said.

The police chief thanked officers involved in the investigation as well as members of the public who came forward with information.

“We had people volunteering their time. We worked around the clock,” he said. “It was a herculean effort, both the search and then ultimately the investigation.”