Man and woman seriously injured after single-vehicle rollover in Scarborough

Man and woman seriously injured after single-vehicle rollover in Scarborough 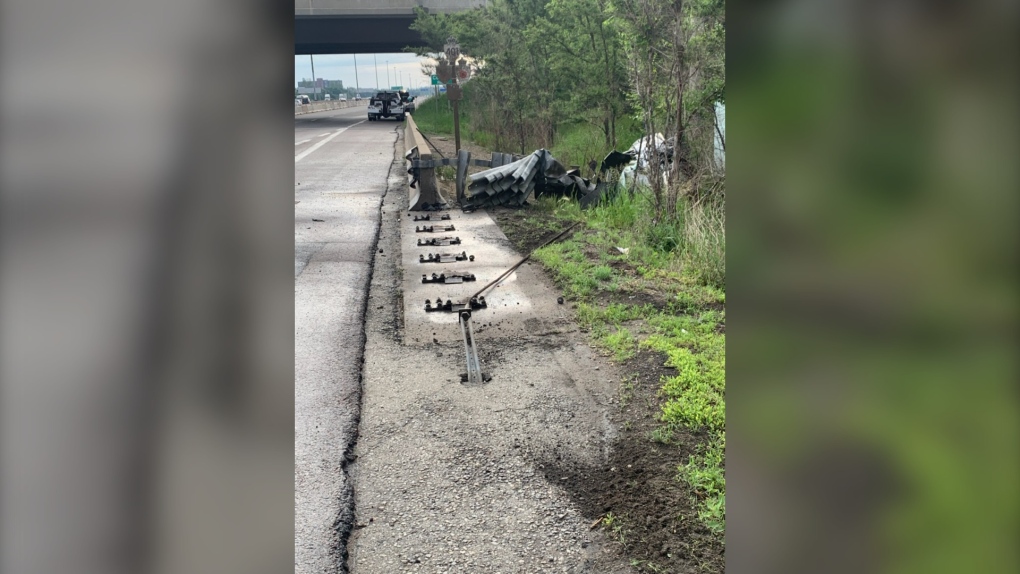 Two people were taken to hospital following a single-vehicle rollover in Scarborough on June 12. (Toronto OPP/photo)

A woman and a man have both been seriously injured following a single-vehicle rollover in Scarborough.

The collision happened around 5:30 a.m. Sunday in the eastbound collector lanes of Highway 401, east of Morningside Avenue.

According Ontario Provincial Police Sgt. Kerry Schmidt, the driver struck a wall. The vehicle then flipped over and landed in a ditch.

Toronto paramedics said they transported a male and a female to a trauma centre.

The eastbound collectors of Highway 401 at Morningside have now been closed as police investigate. A collision reconstruction team is now at the scene.

Drivers will be forced onto the 401 express lanes, said Schmidt, who is urging motorists to avoid the area all together.

This closure is expected to last several hours.

The Conservatives are calling on the federal government to allow the importation and sale of foreign language-labelled versions of the same formulations of over-the-counter paediatric pain medication, in response to an ongoing nationwide shortage.

State of emergency declared in northern N.S., thousands still without power on P.E.I.

More than 16,000 customers in Nova Scotia and Prince Edward Island are still without electricity 12 days after post-tropical storm Fiona hit the Maritimes on Sept. 23. The ongoing outages and restoration efforts have prompted the Nova Scotia government to declare a state of emergency in several counties in northern Nova Scotia.