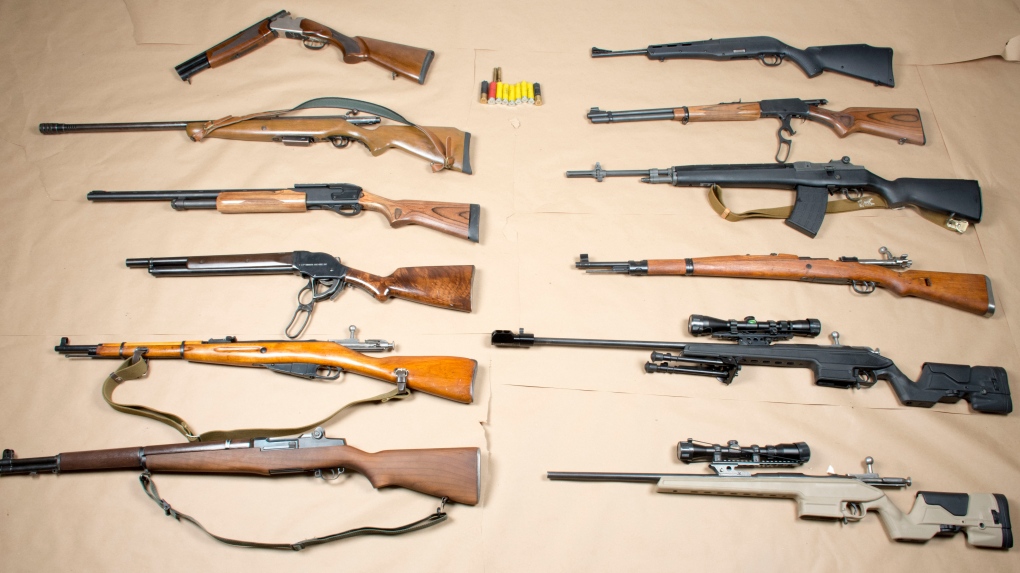 Police say they seized 12 long guns at a Brampton home on Friday after a hours-long standoff. (Handout)

TORONTO -- A 63-year-old man has been charged after an hours-long standoff at a Brampton home overnight.

Police were called to the residence near Hoskins Square and Helena Court at around 11 p.m. on Thursday for a report of shots fired.

One neighbour told CP24 that he heard at least eight gunshots coming from the rear of the home and decided to call 911.

Once officers arrived on scene they located an unknown number of shell casings, police say.

They then determined that a man had barricaded himself inside the home.

Police say that a negotiator was called in and the surrounding area was secured. 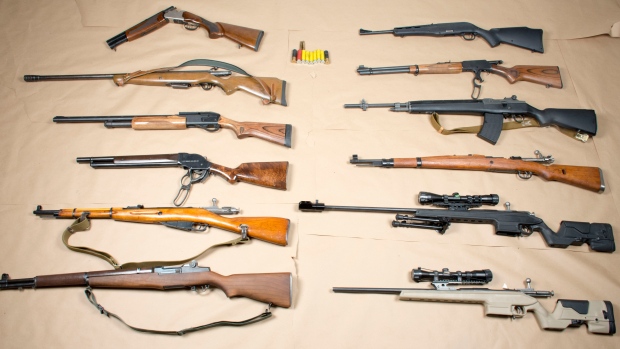 The incident was ultimately resolved just before 5 a.m. when two men were taken into custody.

Police say they executed a search warrant at the home and seized 12 long guns and a quantity of ammunition.

The second man was released without charges, police say.

Pereira appeared at a Brampton court on Friday.