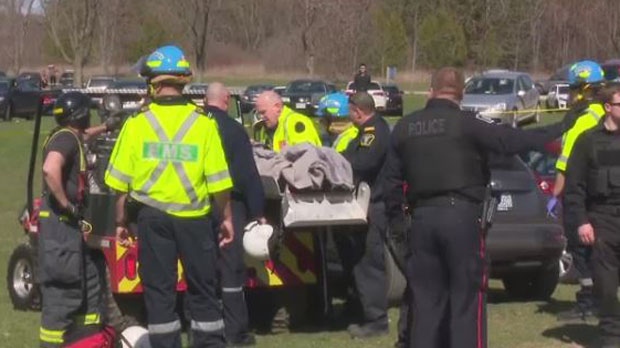 The climber fell to the base of the cliff, Halton police say. (David Ritchie)

A man is seriously injured after falling from a cliff in a rock climbing accident at Rattlesnake Point Conservation Area near Milton, Ont. on Friday afternoon.

The climber fell from the escarpment to the base of the cliff at 2:30 p.m., Halton police say.

Fire crews were called for a rope rescue.

The 42-year-old was hiking with a friend when he fell, Halton Police Sgt. Tom Reilly told CP24.

Both men were experienced climbers, he added.

"Its a common area for hikers and climbers to use in the spring, summer and fall," Reilly said.

He was treated by paramedics on site and was later airlifted by Ornge to Hamilton General.

There is no word on the extent of his injuries.

Police are investigating the incident.