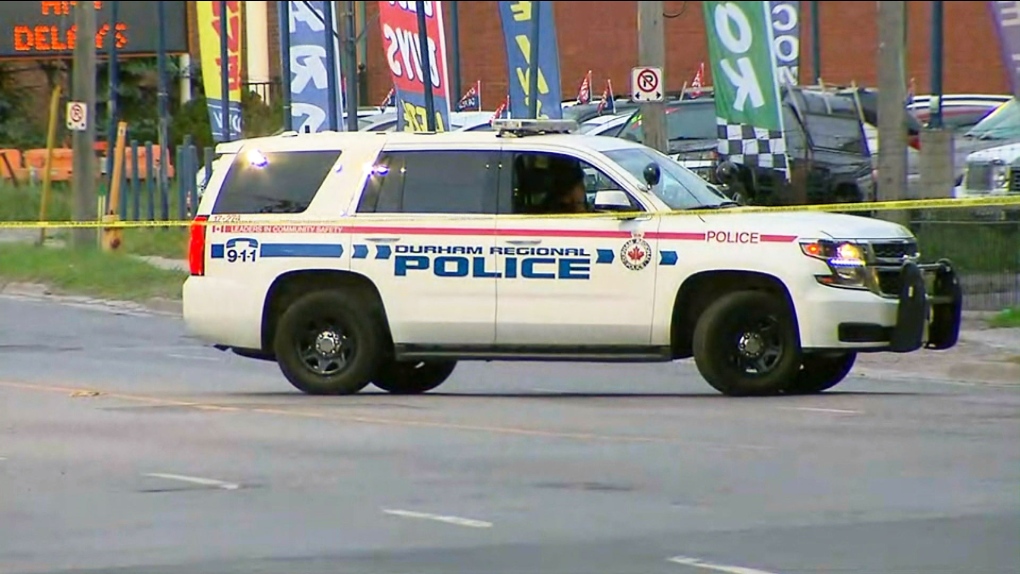 Durham Regional Police are investigating a fatal shooting in Oshawa on June 6, 2018.

A 28-year-old man has been charged by Durham police in connection with a fatal shooting in Oshawa back in June.

The incident took place inside a residence near Bloor Street and Ritson Road around 2 a.m. on June 6.

When officers arrived at the scene, they found a man suffering from “obvious signs of trauma” consistent with a gunshot wound.

The victim, who police later identified as 24-year-old Kyle David Baker, was pronounced dead at the scene.

The property where the shooting took place was described by police as both a car dealership and a residence. They suggested officers had visited the address in the past for other “police-related incidents,” but could not provide any information related to the suspect at that time.

An arrest was made in the case on Wednesday.

Sahilan Surendran, of no fixed address, has been charged with second-degree murder.

This is Durham region’s eighth homicide of the year.