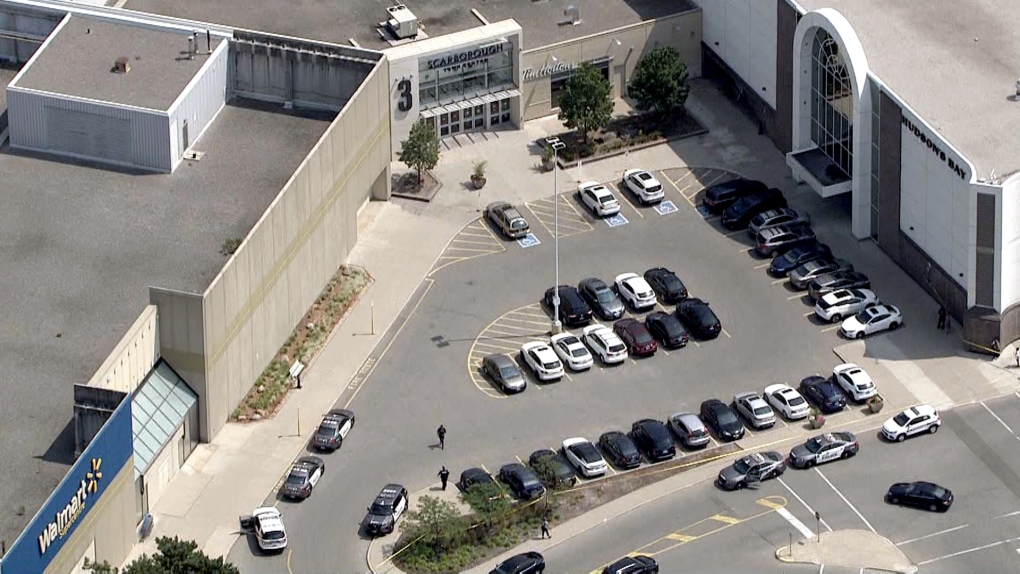 TORONTO -- A 26-year-old man has been seriously injured after a shooting outside Scarborough Town Centre Friday afternoon.

Emergency crews were called to the mall, located near Ellesmere and McCowan roads, just after 2 p.m. after receiving numerous reports of gunfire in the area.

When officers arrived at the scene, they found a man suffering from a gunshot wound in his abdomen area. The victim was rushed to the hospital for treatment is currently in serious, but non-life-threatening condition, police said.

"What I can confirm now from our preliminary investigation is officers have confirmed that the shooting occurred outside of the mall,” Toronto police Const. Alex Li said. “Currently, entrance three to the mall is closed." 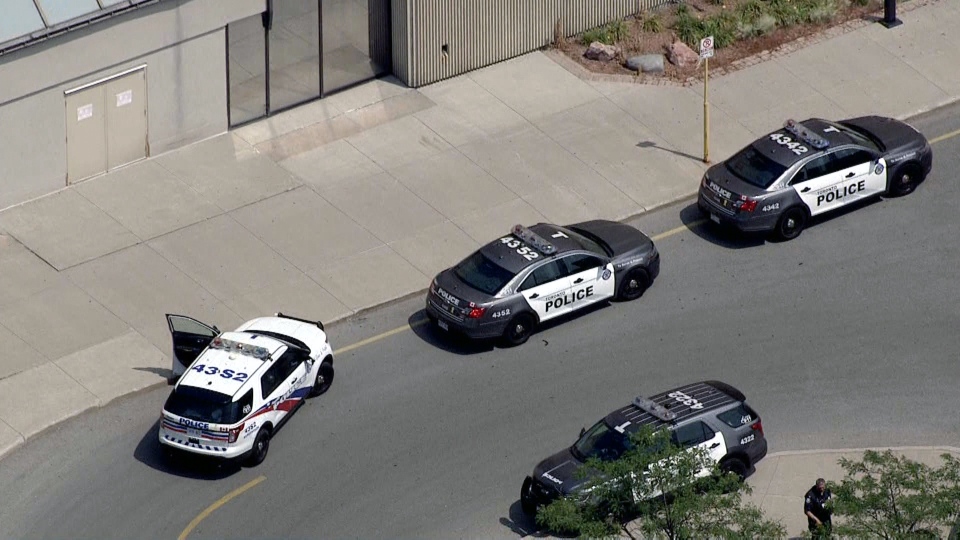 Investigators say that the suspects fled the area in a dark-coloured SUV travelling in “an unknown direction.”

At the scene, Insp. Paul Rinkoff told reporters that the “immediate area” around the mall has been locked down to assess the scene, speak to witnesses and gather surveillance video.

“The information we have is that the victim was situated outside the mall. It’s too early to tell if this was targeted. We don’t know the motive at this time,” he said. “Investigators are on scene, we are interviewing, [and] hopefully we will be speaking to the victim shortly.”

He said that police are currently reviewing security footage and have located and are currently investigating a vehicle that may be related to the shooting.

“We are conducting a criminal investigation on the vehicle, as well as the immediate area of the shooting,” Rinkoff said. “In terms of suspect descriptions, we do not have that yet, however that is forthcoming.”

Police are asking anyone with surveillance video or witnesses, who may have heard gunshots or seen the incident, to come forward.

"We're working in conjunction with mall security and we are also advising our partners at the TTC just in case the suspects might have fled using public transportation or were using the TTC before."

Investigators said there remains a heavy police presence in the area. Anyone with information is being asked to contact police.

Numerous shell casings were recovered at the scene of what police are describing as a drive-by shooting in North York on Friday just after 4 p.m.

No injuries were reported, but officers discovered “numerous” bullet holes in a vehicle located at Don Mills Road and Eglinton Avenue East, one of multiple crime scenes, according to police.

The suspect in the incident is described as a Black male driving a black SUV, last seen travelling eastbound on Rochefort drive.

Police have not confirmed if the shooting is connected with the incident that occurred outside of Scarborough Town Centre earlier in the day.

A command post has been set up by police at Rocheford Drive and Foresters Lane. There is a large police presence in the area.