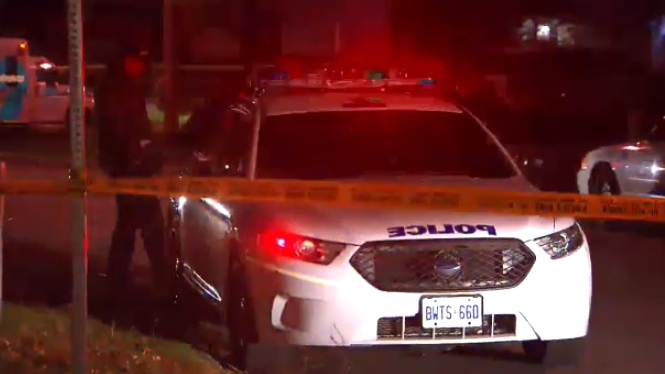 A police cruiser arrives at the scene of a fatal shooting near Humber College in Etobicoke on Nov. 17, 2015.

A man is dead after a shooting near Humber College in Etobicoke, police say.

The incident occurred at approximately 8 p.m. on Alba Place in the area of Humber College Boulevard and Highway 27.

Paramedics say the 26-year-old man was shot twice in the back with a shotgun and was pronounced dead at the scene.

Police say they are not releasing the name of the man until family members have been notified.

According to police, suspects are still outstanding and no descriptions have been released.