Man, 25, charged in connection with ‘suspicious death’ in Newmarket 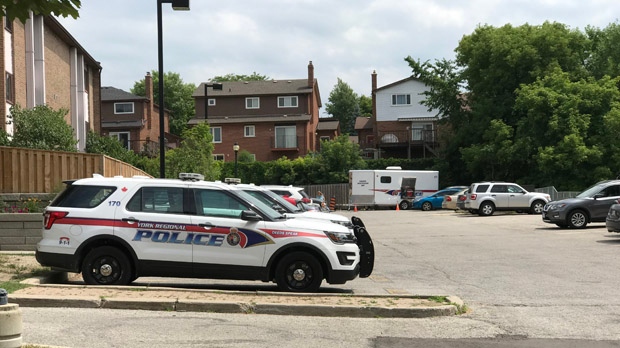 A 25-year-old man has been charged with second-degree murder in connection with a “suspicious death” in a Newmarket apartment.

York Regional Police responded to a call at an apartment on Huron Heights Drive, near Davis Drive and Leslie Street around 7:20 a.m. on Saturday morning. Officers found a woman without vital signs suffering from “obvious signs of trauma.”

The woman, who has been identified as 20-year-old Alyssa Lightstone from Richmond Hill, was pronounced dead at the scene.

Police say the cause of death was a gunshot.

The homicide unit was called in to investigate. On Saturday, police said the death was classified as suspicious.

A suspect, who police have identified as Richmond-Hill resident Ali Nadderi, turned himself in to police around 2:30 a.m. on Monday.

Anyone with information is being asked to contact the homicide unit at 1-866-876-5423 ext. 7865 or to reach out to Crime Stoppers anonymously.