Males in car lucky to be unhurt after targeted Mississauga shooting 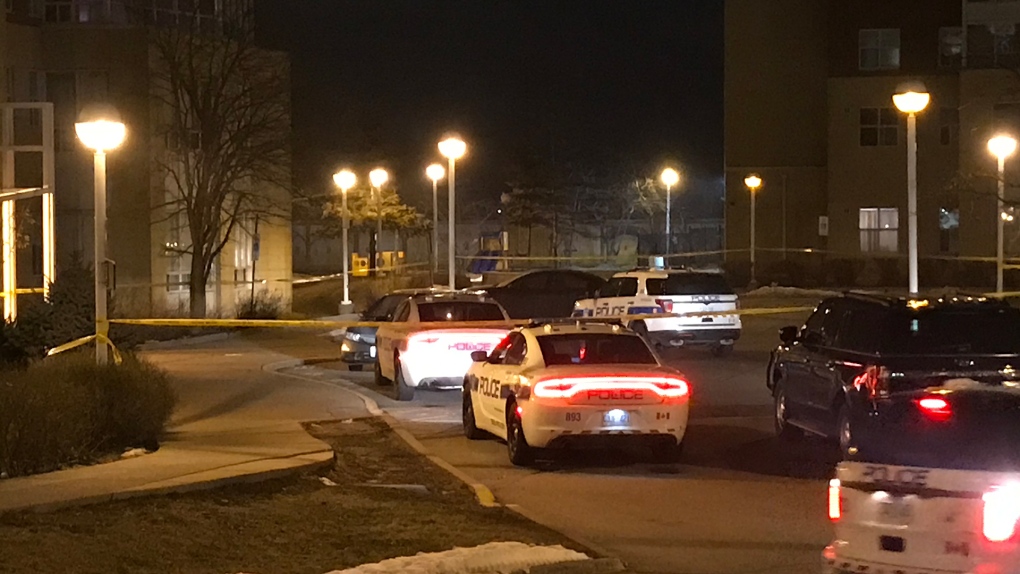 Police vehicles are seen on Acorn Place in Mississauga on Jan. 29, 2020 after a shooting incident. (Mike Nguyen/CP24)

TORONTO -- Two males in Mississauga were lucky to emerge unscathed after suspects approached the car they were sitting in and opened fire, missing them entirely and sending several bullets into a nearby apartment unit.

Peel Regional Police say that at about 1:10 a.m., two males were sitting in a Honda parked near 120 Acorn Place, east of Hurontario Street.

Another car pulled up alongside them, and at least one suspect inside opened fire, with rounds striking the rear driver’s side window, and other rounds flying past and into a first floor apartment unit in a nearby building.

Neither person in the car was struck and luckily, no one was in the apartment when bullets flew.

Investigators say the incident appears to be a targeted shooting.

Police they conducted an extensive search of the surrounding area but did not locate the suspects.