Male victim in life-threatening condition after shooting in Etobicoke 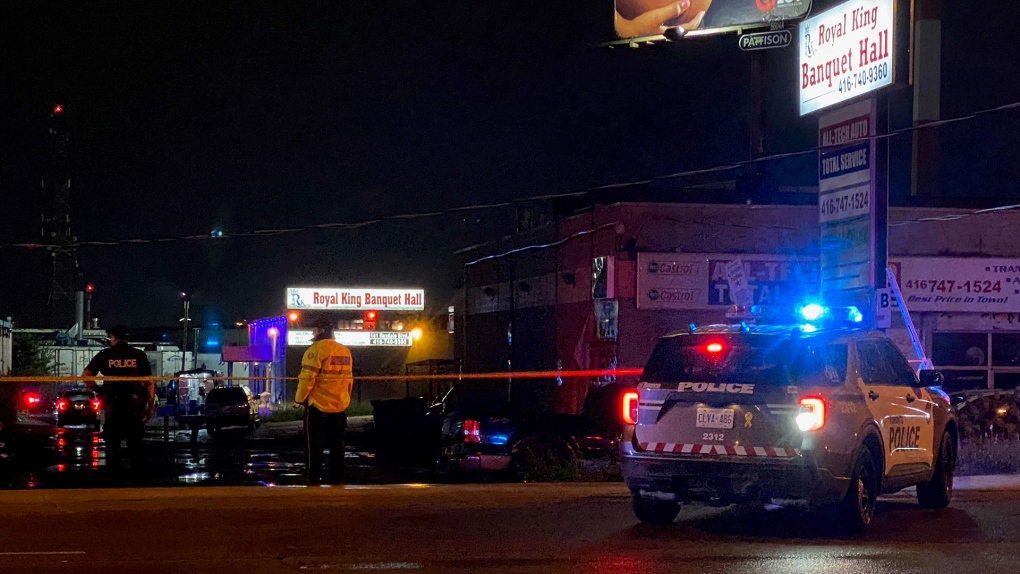 TORONTO -- A male victim is in critical condition in hospital after he was shot near a banquet hall in Etobicoke’s Rexdale area early on Monday morning.

Toronto police say they were called to 181 Rexdale Boulevard, the address of the Royal King Banquet Hall, at 12:50 a.m. for reports of a shooting.

They arrived to find a male victim in life-threatening condition.

Paramedics said they rushed him to a hospital trauma centre where he remains.

Investigators said they did not know whether the victim was shot inside or outside of the venue.

No suspect information was made available.