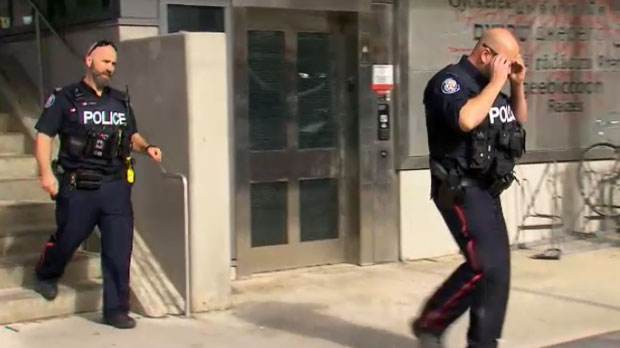 Police officers attend the scene of a reported stabbing at Victoria Park Station on May 14, 2019.

A male victim has been transported to a trauma centre after he was found suffering from a stab wound at Victoria Park Subway Station on Tuesday afternoon.

Officers were called to Victoria Park station, located near Victoria Park and Danforth avenues, around 4:30 p.m. or reports of a stabbing.

When officers arrived at the scene, they found a victim suffering from serious injuries.

Police said that it appears the incident occurred off TTC property and that the victim had made his own way to the area.

Subway and bus service was suspended at the station for a short time while police investigated the incident.

The location of the stabbing is not yet known.