Male victim dies after being struck by GO Train 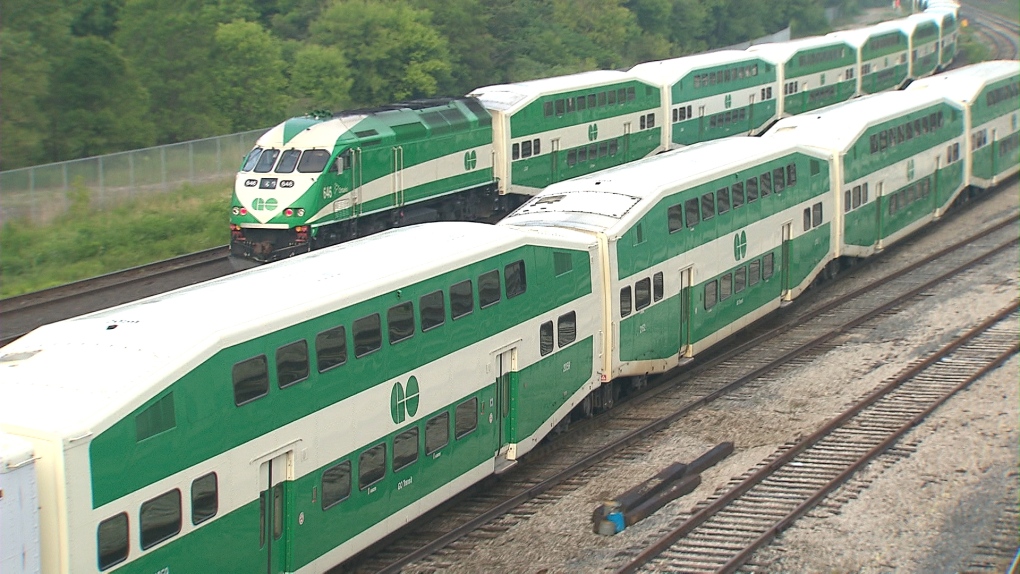 A male victim has died after being struck by a GO Train Monday evening.

A male victim has died after being struck by a GO Train Monday evening.

Olivia Shaw, who can see the GO Train tracks from her balcony, says she witnessed the incident. She said prior to the fatal hit, she saw a group of boys “playing down by the train tracks.”

"One of the boys got in front of the train,” she told CTV Toronto on Monday. "They were roughing around and being goofy…we saw the boy get hit."

Police say they will be reviewing video footage from the train to determine what exactly happened.

"We have no witnesses at this point that were present at the time of the accident," a police spokesperson said. "So anyone that may have been there at the time, we encourage them to come forward and let us know exactly what was happening at the time."

Police have not released the identity of the victim.

There was a temporary service disruption on the GO Train’s Kitchener line after the incident.