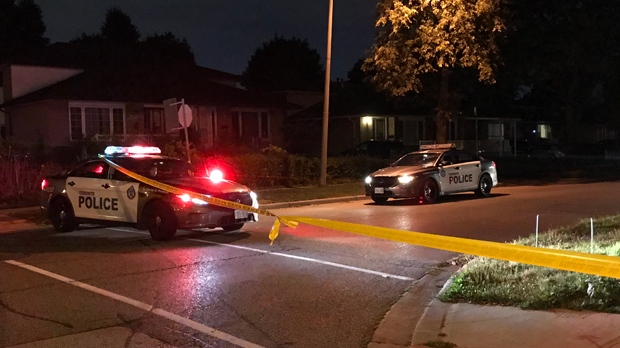 Police are seen on Dolly Varden Boulevard in Scarborough after a stabbing on Sept. 19, 2019. (Mike Nguyen/CP24)

A male victim is in serious condition in hospital after he was stabbed in the Woburn area of Scarborough early on Thursday morning.

Police were called to Dolly Varden Boulevard and Brimorton Drive, west of Markham Road, sometime before 3:20 a.m. for a report of a male injured.

They arrived to find a male suffering from at least one stab wound.

He was taken to hospital in serious but non-life-threatening condition.