Male pronounced dead after being found in Brampton, Ont. park 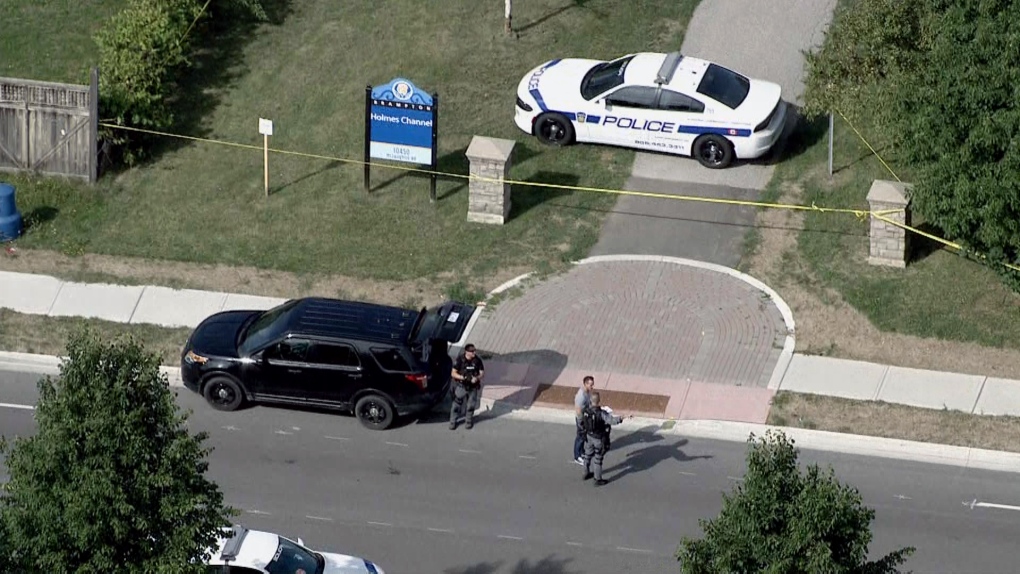 Peel Regional Police are investigating after a male was found with obvious signs of trauma in a Brampton, Ont. park and later pronounced dead. (CTV News Toronto Chopper)

TORONTO -- Peel Regional Police are investigating the death of a man who was found with obvious signs of trauma in Brampton, Ont. Thursday afternoon.

Emergency crews were called to a pathway on Queen Mary Drive and Whispering Hills Gate just before 3:30 p.m. after a passerby reported finding a male with “lots of blood on him.”

When officers arrived, they located a man unconscious and without vital signs.

Peel paramedics said the victim was transported to a local hospital where he was later pronounced dead.

Const. Sarah Patten said the Homicide and Missing Persons Bureau has taken over the investigation.

“Due to the significant amount of blood at the scene and that there were no witnesses or suspects around the male at the time…, we believe this to be a homicide at this point,” Patten said.

She noted that the victim has not been identified at this time.

Patten said it is not known if the passerby and the victim know each other.

Investigators are currently canvassing the neighbourhood for witnesses and surveillance footage.