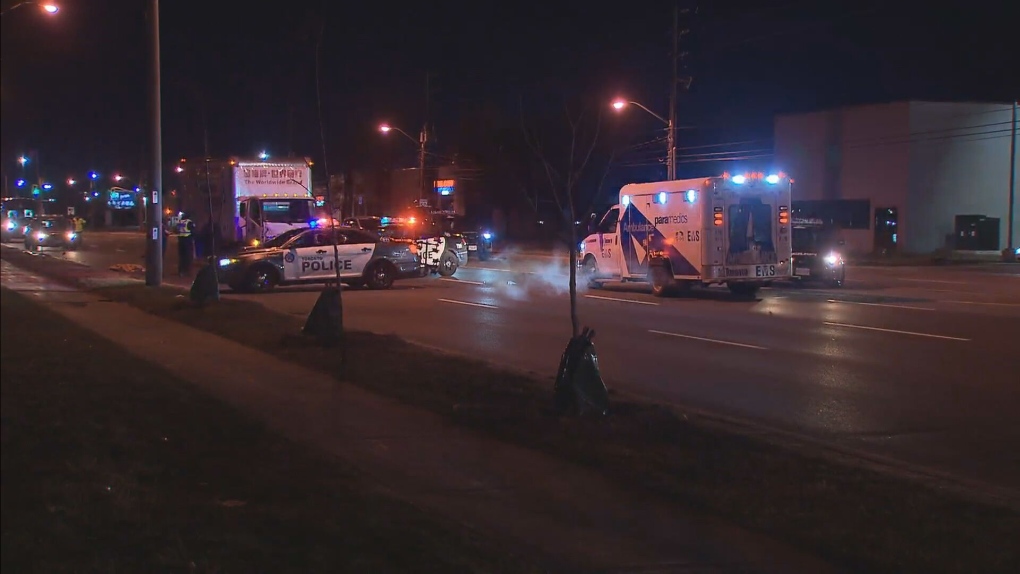 Toronto police are investigating after a pedestrian was struck and killed by a vehicle in Scarborough.

TORONTO -- A male pedestrian has died after being hit by a truck in Scarborough.

It happened at the intersection of Markham Road and Finch Avenue East.

When emergency crews arrived, they located the victim lying on the road unconscious.

Police say he suffered life-threatening injuries and was rushed to a hospital, where he was pronounced dead.

The driver of the vehicle remained on the scene, police say.

Roads in the area were closed while police investigated.