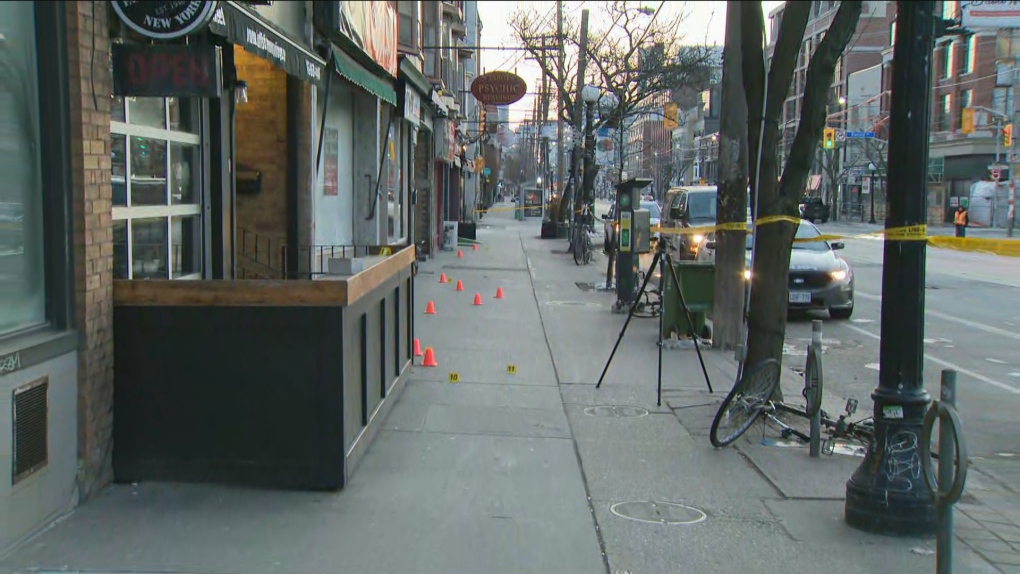 Police are investigating a stabbing in Little Italy on Saturday morning.

TORONTO -- Police are searching for suspects after a man was stabbed several times on the street in Little Italy early Saturday morning.

The incident occurred outside a business on College Street, just west of Bathurst Street, shortly before 2:30 a.m.

Police say a male was attacked by a large group of people and the victim sustained as many as 10 stab wounds.

Police are investigating a stabbing in Little Italy on Saturday morning.

He suffered a punctured lung, police say, and was rushed to a trauma centre for treatment.

His injuries are believed to be serious but not life-threatening.

Police have not yet released any information on possible suspects.

"Residents in the area are asked to check home security cameras or video doorbell footage for any activity that would assist the investigation," Toronto police said in a news release issued Saturday.