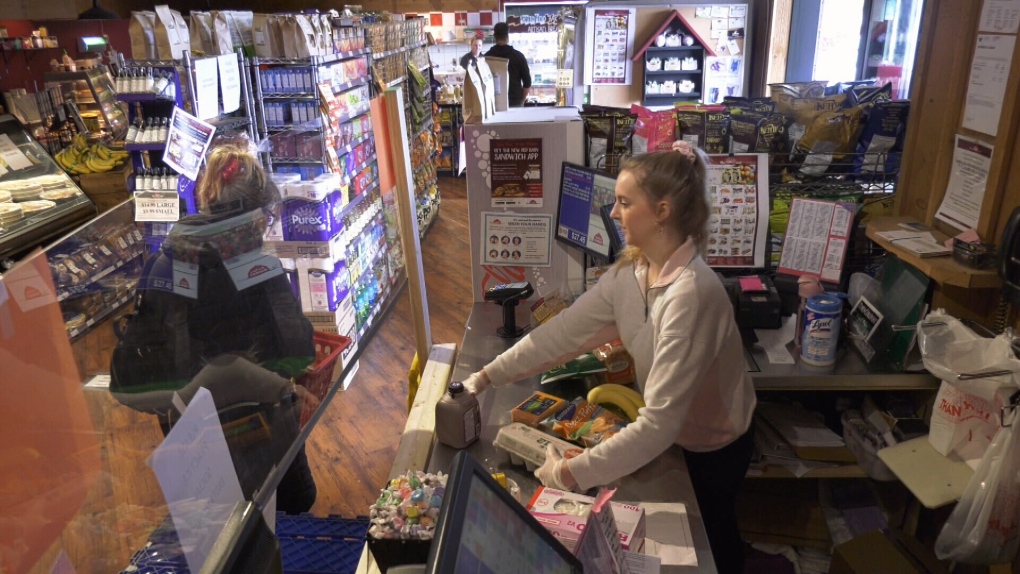 A grocery store cashier is seen here in this undated photo.

TORONTO -- A Toronto resident who says he was “aghast” at the sight of two employees not wearing masks at a hardware store appears to have uncovered a loophole in the city’s new face covering bylaw.

The resident, who asked not to be identified, says he was shopping at a store near Dupont and Shaw streets when he noticed two employees working the cash register not wearing masks.

“I asked where their masks were and why they aren’t wearing masks,” he said in an email to CTV News Toronto. “They replied that they didn't need to wear them.”

He explained that the employees then pointed to a plexiglass screen in front of the cash register to create separation between staff and customers.

“They said that their manager had informed them that this constituted an area protected by a physical barrier,” he said.

He described the experience at this particular store as “reckless” and “cavalier” while adding that the alleged behavior will do nothing except “exacerbate a spike in the infection rate in a few short weeks to come.”

And while the experience may have left the customer unsettled, it appears the employees and the store were not breaking any rules.

The bylaw, which took effect on Tuesday, makes wearing masks mandatory in all public and enclosed indoor spaces in the city in an effort to reduce to spread of COVID-19. This means face coverings will be required on public transportation such as the TTC and ferries to the Toronto Islands, as well as inside shops, grocery stores and malls. 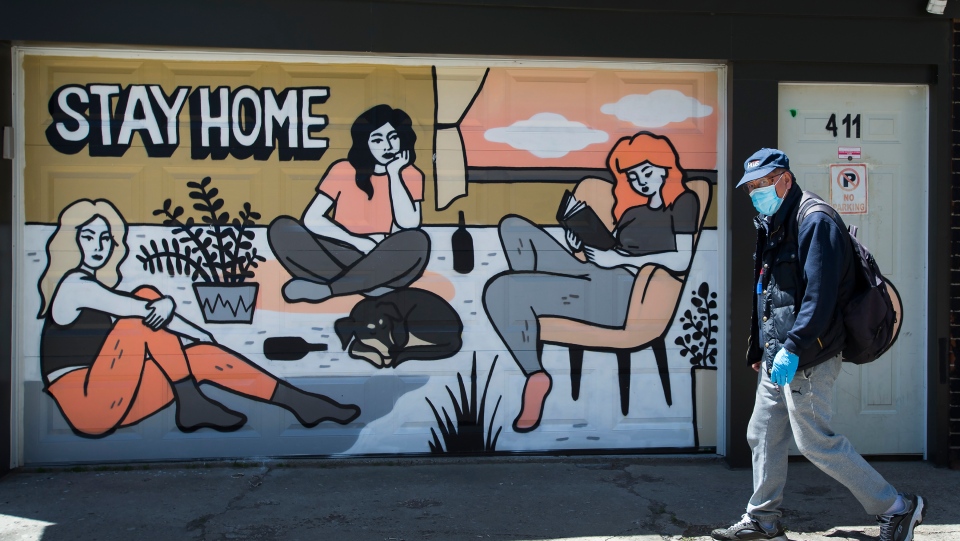 However, in an email to CTV News Toronto, the City of Toronto said that there are a few exceptions to the rule.

“Certain members of the public and employees may not be required to wear a mask or face covering, in relation to specific bylaw exemptions (e.g. children under the age of two and people with certain health conditions, employees in designated areas or protected by a physical barrier).”

The city goes on to say that the bylaw was drafted to allow each business owner the ability to craft and adopt a policy that “meets the City bylaw requirements and reflects the unique nature of their business, customers and employees, and the layout of their specific enclosed public spaces.”

READ MORE: What you need to know about Toronto's mandatory mask policy

Speaking with CTV News Toronto following the response from the city, the customer says that the justification for the lack of masks at the store has left him feeling “queasy.” Particularly because employees would still need to handle purchased items, receipts and cash that are then handed over to customers.

“If you’re talking about a self-contained area that you need a door to get into, that’s one thing. Their plexiglass barrier was not even totally enclosed,” he said. “But these people are going to be working for four to six hours a day, interacting with hundreds of people. And because we now know that COVID-19 may be airborne, a little bit of plexiglass is not going to save you.”

The customer said that while no rules appear to have been broken, he fears that other businesses might exploit these “loopholes” in a way that goes against the “spirit” of the mandatory order.