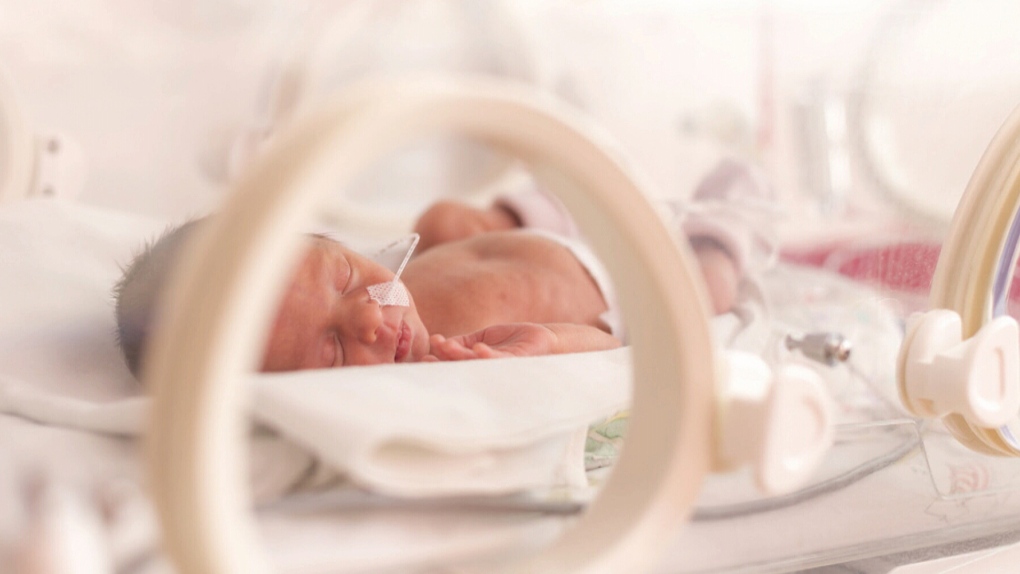 A group of Canadian scientists is leading an international study in hopes of learning whether or not a recent drop in premature births is a statistical blip or part of a larger phenomenon linked to COVID-19. (CTV)

TORONTO -- Ontario saw fewer early premature births during the first six months of the COVID-19 pandemic, and a new study is suggesting that it may be associated with strict lockdown measures.

Unity Health Toronto released their findings on Wednesday, saying they examined just over 67,000 births in Ontario between March and September 2020, and marked a “small, but significant” reduction in very early premature births compared to the same time periods from the previous five years.

A pregnancy typically lasts about 40 weeks, and a baby is considered preterm or premature if it is delivered before 37 weeks. If the baby is born before 32 weeks, it’s considered a very early preterm birth.

“We saw around a 10 per cent reduction in preterm birth in Ontario. It would account for around 100 fewer babies born before 32 weeks … suggesting that lockdown measures may have had some impact on this very high-risk group.”

Reportedly, about 15 million babies worldwide are born before 37 weeks every year. Preterm birth is considered one of the leading causes childhood morbidity and early childhood death, Simpson said.

“So any public health measures that could reduce the risk of preterm birth would have a significant impact on the health of these children and their families,” she told CTV News Toronto on Tuesday.

Researchers with St. Michael’s Unity Health Toronto say they are hypothesizing on why lockdown measures may have affected pregnancy outcomes.

“Some of the hypotheses around why we've seen this have been more people working from home. So far fewer people traveling to work,” Simpson said. “Some other ideas have been changes in air pollution, with less air travel and fewer people commuting.”

She said the new information is generating “interesting ideas and areas of research” to understand how to improve pregnancy and perinatal outcomes.

A reduction in very early premature birth has also been recorded in other countries that have had strict lockdown measures, including Denmark and Ireland.

The Ontario study, she said, may have reported a smaller drop in very early preterm births compared to Ireland and Denmark because researchers examined births over a longer period of time.

Simpson said that the study looked into other perinatal outcomes, specifically stillbirths, during the first six months of the pandemic.

“We were concerned that perhaps with avoidance of coming into the hospital during the pandemic that pregnant people wouldn't be accessing the care they need,” she said. “We did not find any increases stillbirth or other adverse outcomes.”