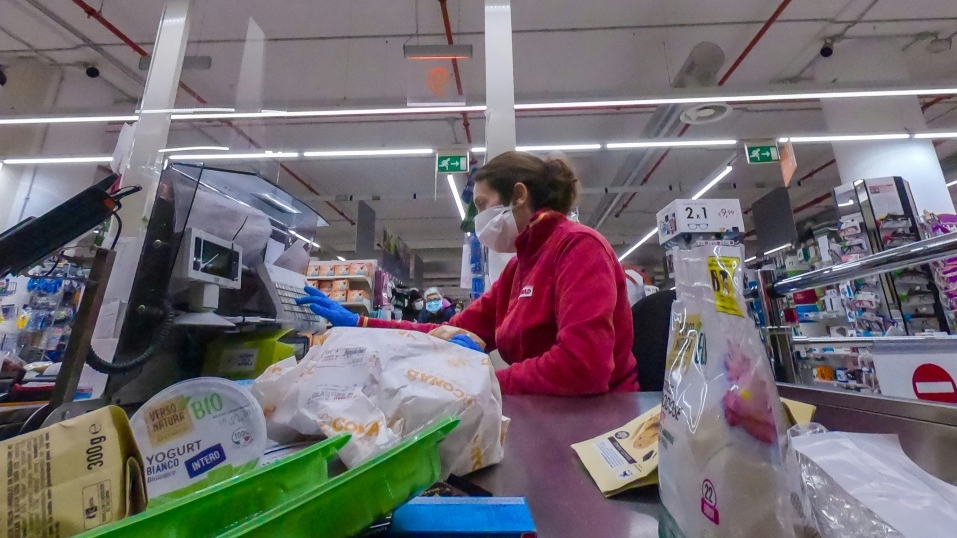 Supermarket staff feel increasingly vulnerable after the death of a cashier in Brescia last month. (AFP)

TORONTO -- A body representing the province’s 34 local medical officers of health is asking the Ford government to permanently legislate paid sick leave due to the COVID-19 pandemic, something Ontario’s finance minister dismissed this week as unnecessary duplication.

The Association of Local Public Health Agencies (ALPHA) which represents 34 public health units, their medical leaders and each area’s board of health, wrote to Doug Ford on Tuesday saying messaging and encouragement to self-isolatewhen sick would not be enough to stem the pandemic.

“We know that limiting such reinforcement to public messaging is not sufficient and it is imperative that your Government make the healthiest choice the easiest choice,” the letter reads.

“With workplaces having been identified as increasingly significant drivers of COVID-19 outbreaks, we agree that one of these options should be to reinstate guaranteed paid sick leave under the Employment Standards Act, to ensure that workers do not have to choose between their livelihoods and following public health directives.”

Changes to the Employment Standards Act enacted by the Wynne government that legislated paid sick leave were among one of the first things Ford eliminated after taking office in 2018.

There is a federal program, the Canada Sickness Recovery Benefit, but it requires workers to go without wages and then claim a paltry $500 per week for a maximum of two weeks, after the fact.

It is also one-time use only and it is not clear if it applies if someone is asked to self-isolate due to possible workplace exposure.

Speaking on Wednesday, Finance Minister Peter Bethlenfalvy said the fact that a federal program existed meant there is no need to do anything more.

He said his government had asked the feds to make changes to the program to make it more accessible.

But Ministry of Finance staff confirmed there has been no provincial effort to contemplate or estimate a cost of provincially funded sick leave program.

What the ALPHA asked Ford for would not put the costs of sick leave on taxpayers, but rather on employers, as the Wynne legislation did.