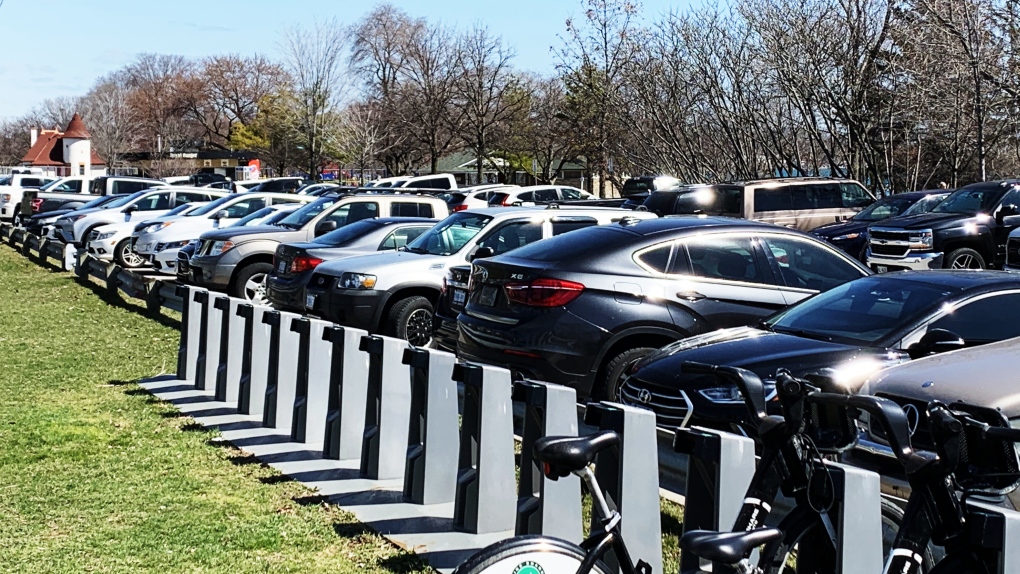 TORONTO -- Mayor John Tory says that he has asked Police Chief Mark Saunders to authorize a “substantial enforcement blitz” amid reports that many residents are continuing to openly flout the closure of sports fields, running tracks and other community assets.

The province has ordered the closure of all outdoor recreational amenities in an attempt to limit the spread of COVID-19 but there have been repeated instances of people violating that order, sometimes brazenly.

On Wednesday CP24’s cameras captured dozens of people accessing a running track at North Toronto Collegiate Institute by hopping over a locked gate. There were also hundreds of cars seen parked at Sunnyside Beach, despite the fact that the city had closed all parking lots at parks and beaches as part of an earlier order.

“I really hope in this case that police officers and others will give people a warning and quietly move them along but that they will also write significant numbers of tickets,” Tory told CP24 on Thursday morning.

“All those people at North Toronto Collegiate Institute that climbed over the fence just to jog, they should be given a ticket, a $750 minimum ticket. I am at the point now where I just can’t let this kind of behaviour continue ... these kind of things taken as a whole are putting lives at stake.”

Tory said that the city will be installing giant concrete blocks that it previously used to restrict access to illegal cannabis stores at the entrance to the parking lot at Sunnyside Beach and other locations that have been identified as hotspots.

“When it comes to matters of life and death, which this is, to me it would be more important if its legal to have parking enforcement officers doing this kind of work,” he said.

Tory spoke out last weekend about people tearing down tape restricting access to some parks infrastructure, such as outdoor fitness equipment.

While there have been fewer reports of that sort of thing happening, he said that he continues to be “exasperated” by the number of people ignoring an order that is intended to save lives.

“You would kind of hope that people would get the message that first and foremost this is going to help save lives,” he said.

“You never know who the person is that I at the park or at Sunnyside or at the North Toronto Collegiate running track that carries this virus, maybe not even knowing it, and then you take it home to your family. The whole idea here is to stop that from happening.” 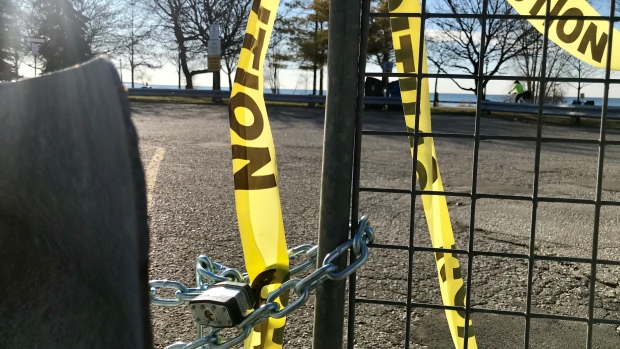