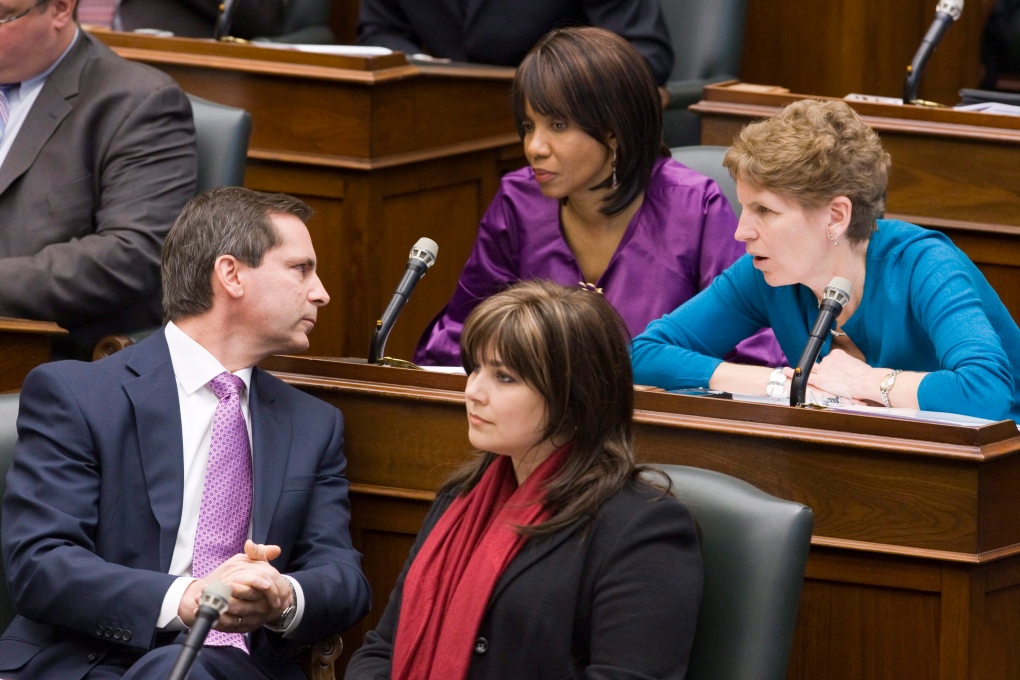 Best issued a statement announcing she was resigning her Scarborough-Guildwood seat "after more than five years of loyal service," but offering no reason for her departure.

"I want to thank all of my constituents for their support and friendship," said Best.

"I take with me the satisfaction of being greatly enriched to have shared in your history, your culture, your ways of life and our common humanity."

Best, who was born in Jamaica, hasn't been seen in the legislature since being dropped from cabinet last February after Wynne took over as premier from Dalton McGuinty.

The premier's office said earlier this year that Best was ill, but there was never any word from Best herself as to the nature of the illness, and she didn't mention it in her resignation announcement.

A person listed on Best's resignation announcement was not available for comment.

As minister of health promotion, Best helped pass legislation that banned smoking in cars with children.

It was "a truly proud moment for our province," said Wynne.

"Throughout her political and community involvement, Margarett has proved herself as a distinguished role model, a proud mother and a strong voice for Ontario's under-represented communities."

Former cabinet ministers Chris Bentley and Dwight Duncan quit in February, followed by McGuinty himself in May and former education minister Laurel Broten earlier this month.

Wynne has to call the byelections in Windsor-Tecumseh to replace Duncan and London-West to replace Bentley by Aug. 15, and said earlier she would call the one in Ottawa-South to replace McGuinty at the same time.

She has six months to call byelections, which means the votes in the Toronto-area ridings to replace Broten and Best could come as late as December, or they too could be called at the same time as the three others.

The Liberals fell just one seat short of a majority government in the 2011 election, so the outcomes of the five byelections will not change the balance of power in the legislature.