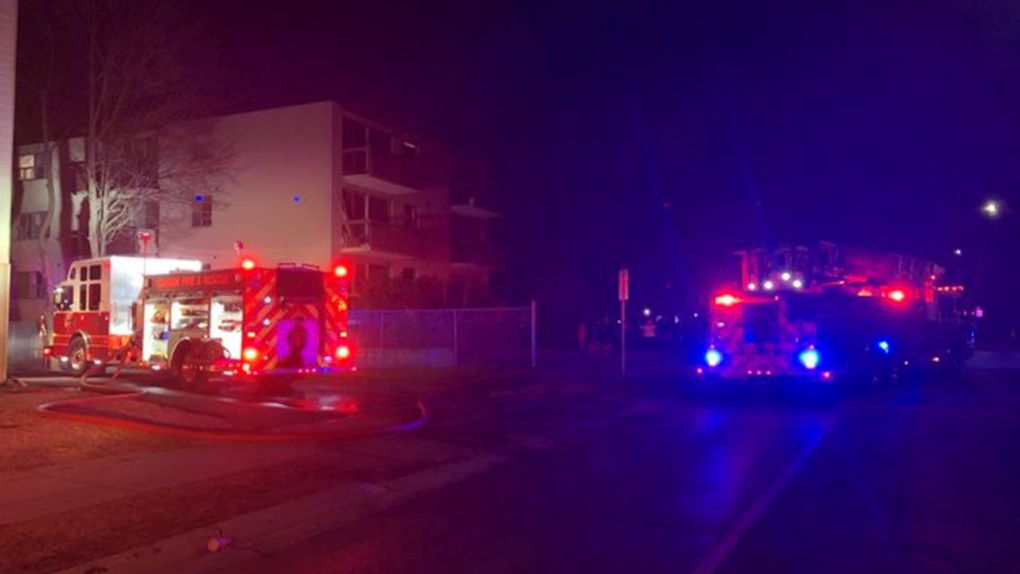 Fire crews are seen outside 922 Glen Street after a major fire at an apartment building. (Oshawa Fire Services

TORONTO -- A large fire that broke out at a low-rise Oshawa apartment building overnight has left some of its residents homeless, local fire crews say.

At about 1 a.m. Thursday, Oshawa Fire Services says they were called to a three storey apartment building at 922 Glen Street, north of Wentworth Street West, for a working fire in the building.

The fire started in a unit on the second floor and required a sustained effort by fire crews.

By about 3 a.m. the fire was knocked down.

Oshawa’s fire chief says two people were taken to hospital, one for smoke inhalation and another for a separate medical issue.

As a result of the damage caused by the blaze, some of the building’s residents were offered shelter at the Oshawa South Community Center, approximately two kilometres south on Cedar Street.