TORONTO -- A Toronto man wants the city to use better equipment to rid beaches of hazardous metal debris and see stronger enforcement to stop people from having bonfires, which he believes is causing much of the problem.

Bluffer’s Park Beach is a place to play in the sun, but navigating the sand can become treacherous, especially for people in bare feet.

“It’s not nice for somebody’s life to get interrupted by getting injured for any reason. I’ve found razorblades down here. I’ve found needles that people shoot up in on the sand,” said hobby metal detector Bill Howitt from the beach Wednesday.

He said on Monday he was frustrated to find a knife, some glass and dozens of nails, along with other pieces of pointy metals.

Out with CTV News Toronto on Wednesday it didn’t take long to find more of the same. 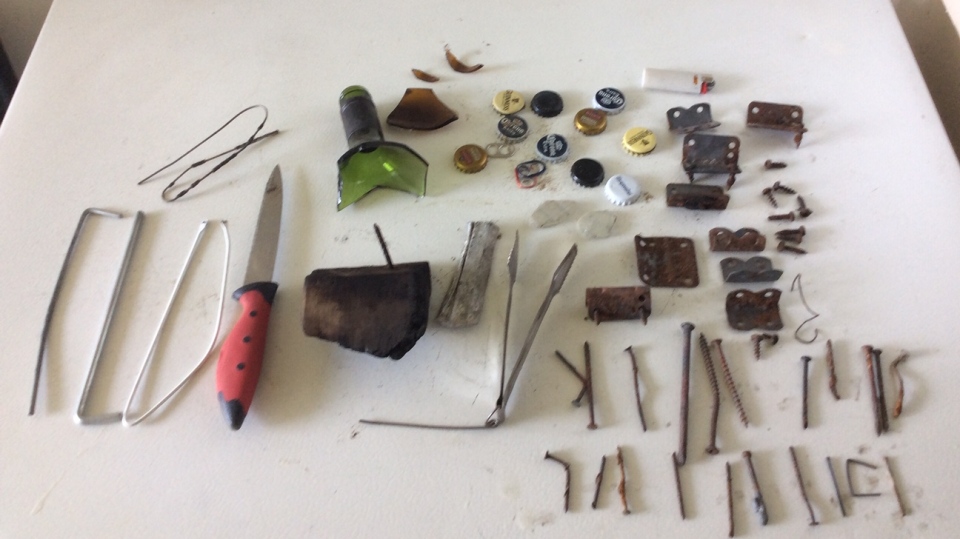 Howitt blames most of sharp edges he finds from groups gathering for bonfires, because the wood comes from other locations with nails and other metal pieces embedded.

“I can find the nails in the charcoal,” he said. “Every accident is preventable. These are preventable situations.”

Howitt, who has been metal detecting since 2014 said he’s actually finding less dangerous debris than he did two years ago, but that hasn’t slowed his resolve to keep people safe. 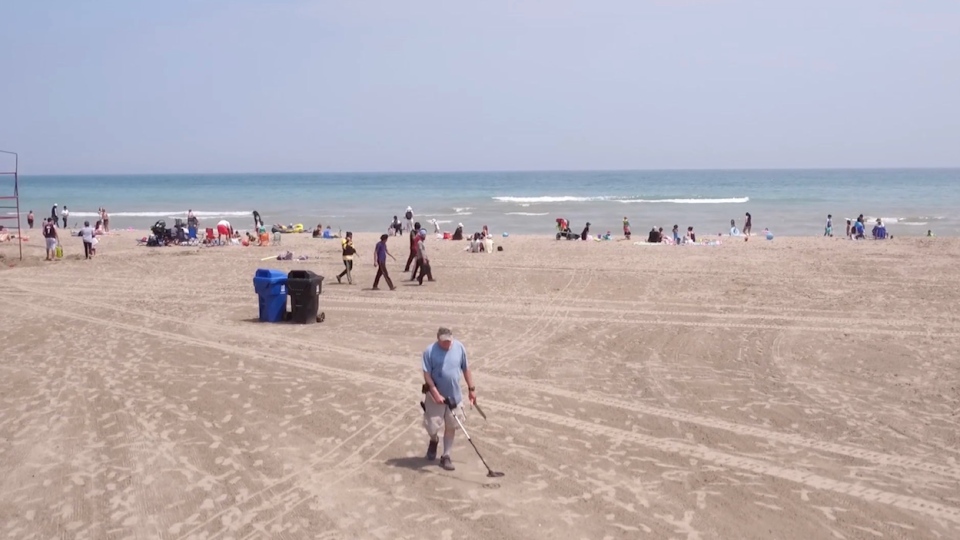 In a statement to CTV News Toronto, the City of Toronto said parks staff groom beaches every day and use a tractor-mounted magnet to pick up small metal items, but bonfires are not the sole culprit.

”Debris on beaches is not uncommon, as things get washed up on shore and people do litter as in other areas of Toronto,” a spokesperson said.

The city also said bonfires are not permitted and can lead to a penalty of $365, adding there are a high number of visitors to Bluffer’s Park Beach right now including overnight activity.

The city is asking people report hazardous materials to 311 for clean-up.

“I love the hobby but now that I’ve realized the hazard. I feel compelled to try and make this beach safer, helping the city clean up nails, glass I’ve found in the sand,” Howitt said.