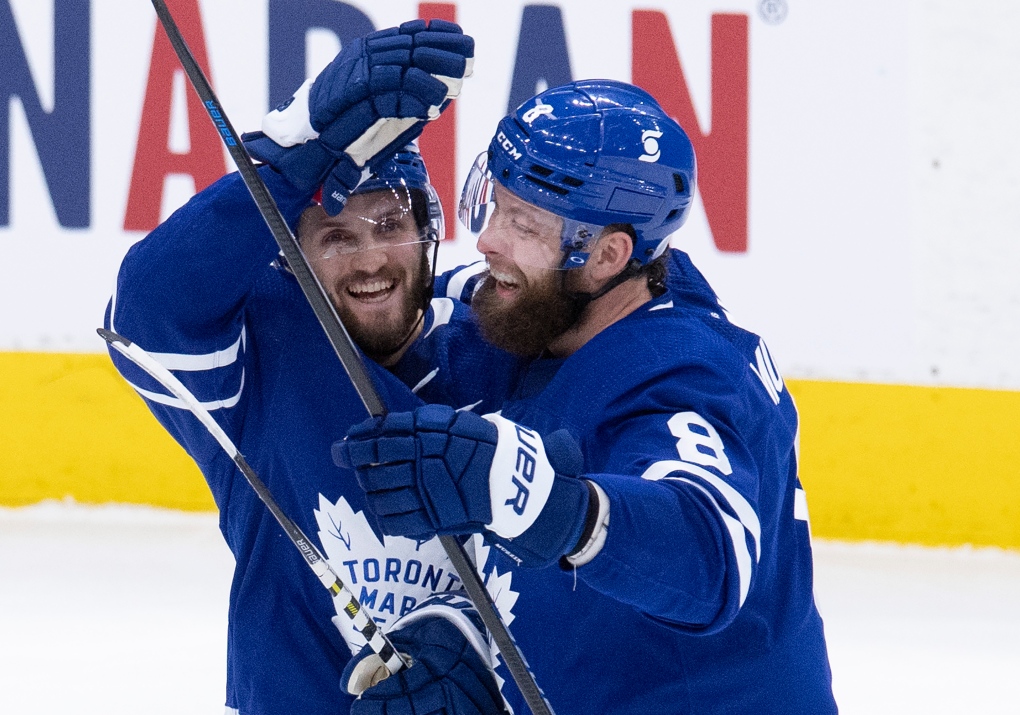 TORONTO -- Alexander Kerfoot scored the winner midway through the third period and Frederik Andersen made 27 saves as the Toronto Maple Leafs ground out a 2-1 victory over the Ottawa Senators on Wednesday.

Auston Matthews, with his league-leading 14th of the season, had the other goal for Toronto (12-3-2), while Jake Muzzin chipped in with two assists.

Brady Tkachuk replied for Ottawa (4-13-1). Matt Murray made 26 stops for the rebuilding Senators, who wrap up this three-game set at Scotiabank Arena on Thursday.

Ottawa roared back from a 5-1 deficit late in Monday's second period against the Leafs before securing a stunning 6-5 overtime decision -- the first time in franchise history Ottawa won a game after trailing by four goals.

Tied 1-1 through 40 minutes Wednesday, the Leafs got their third power play of the night midway through the final period when Nikita Zaitsev went off for hooking. Toronto head coach Sheldon Keefe loaded up the first unit with Matthews, John Tavares, Mitch Marner, William Nylander and Morgan Rielly, but they weren't able to generate much.

Not long after the penalty expired, however, Kerfoot fished a puck out of a forest of legs in front of Murray following Muzzin's initial shot to deposit his third goal of the season at 10:46.