'It was extremely upsetting': Jewish-owned business targeted with anti-Semitic graffiti 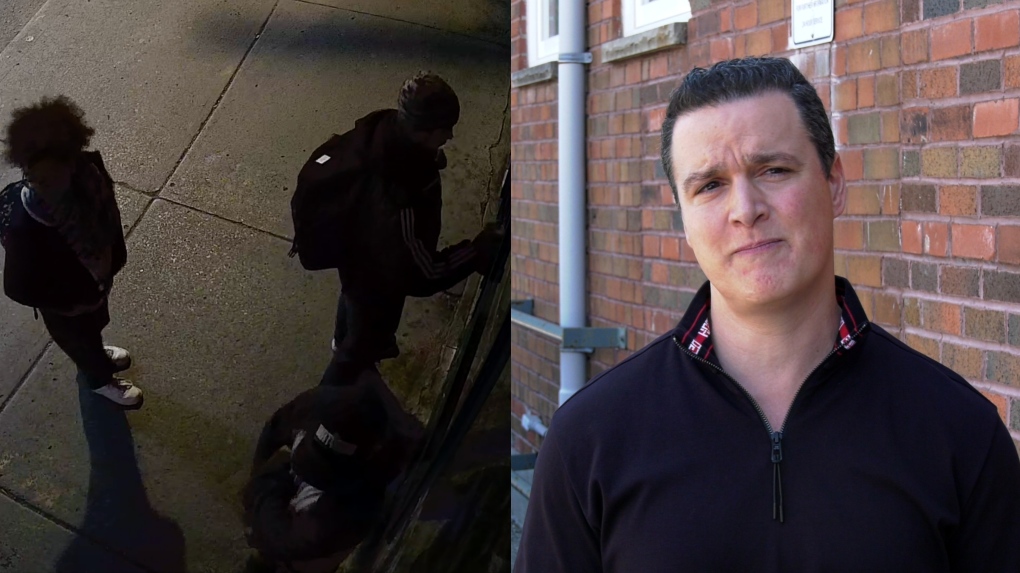 TORONTO -- A Jewish-owned Kensington Market business is speaking out after it was vandalized with anti-Semitic graffiti referencing the Holocaust in an attack that was recorded on the store’s surveillance cameras.

Toronto Police have started an investigation into the attack, which occurred earlier this month, amid a marked rise in anti-Jewish attacks apparently driven by the pandemic and conflict in the Middle East echoing through Canadian streets.

“It was a brand new store, we just put a lot of work into it, and we had to immediately clean it up. It was a disgrace,” Levy said.

Surveillance video shows what appears to be three people pulling out a can of spray paint and starting to write just after 10 p.m. on May 6.

The video shows an individual spraying a number of phrases across the store, before handing the paint to another person, while a third looks on.

“We got there just before noon, and it was all over our store. The remarks about the gas chambers, the gas chamber morgue, things like that, on our windows,” Levy said.

Neighbouring businesses were not targeted. Toronto Police confirmed an investigation was underway but didn't say whether any charges had been laid.

The TPS said in a report last month that the city saw a 51 per cent increase in reported hate crimes of all types in 2020. Among them, Jewish groups were the most targeted, at 34 per cent of all incidents, ahead of Black people, who were targeted 23 per cent of the time, and LGBTQ2S+, at 11 per cent.

B’nai Brith Canada, a Jewish human rights group, say their figures show a tremendous increase this month, a sign Jewish people in Canada could be facing increased targeting amid the violence in the Middle East.

“This is very troubling. This has the Jewish community on edge across the country,” B’nai Brith CEO Michael Mosty said. “In the month of May, which is Jewish heritage month ironically, we have seen more acts of violence nationally than we did for all of 2020.”

“It has no place in our society, in our country, and we need to get past this,” he said.

As for Levy, the graffiti comes less than a year after he received a threatening letter personally.

“It’s a huge concern now,” he said. “I don’t want to leave my kids in this environment. It’s extremely escalated and it’s very upsetting for us.”