‘It’s unbearable:’ Jamal Francique’s family demands justice one year after he was killed in police interaction

TORONTO -- A year after Jamal Francique was fatally shot in an interaction with Peel Regional Police, his parents say they are still desperate for answers—and accountability.

“It hurts so much not having him around, and it’s just the fact of how he was taken from us,” Francique’s mother Anne Marie White told CTV News Toronto Saturday. “It’s unbearable.”

Francique was shot on January 7, 2020, after an officer fired multiple shots at a vehicle in the area of Southampton Dr. and Aquinas Ave. in Mississauga. The Special Investigations Unit (SIU) reported that police were in the neighbourhood to make an arrest and located a person of interest. Francique later died in hospital.

“He was so beautiful. And they don’t understand what they’ve done to this family,” White said.

Francique’s parents were among several dozen who gathered Saturday near the scene of the shooting to pay tribute to the 28-year-old—and demand more information about his death. 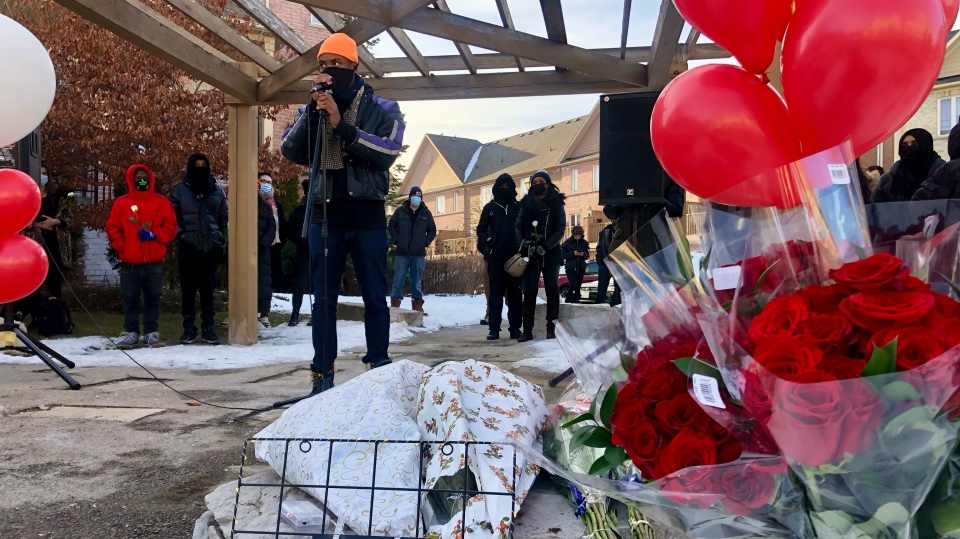 The family wants to know which officers were involved and why the police response ended so violently.

The SIU said in July that its investigators had interviewed the subject officer, eight witness officers, and one civilian witness. No video footage was available. The case file is now in the hands of the director for review, a spokesperson reported Saturday.

Francique’s family’s lawyer says they are eager to see the findings so they can scrutinize the process.

“Families are always put in a situation where they are left in the dark,” Knia Singh told CTV News Toronto. “And being left in the dark is almost as painful as losing a loved one because when you have unanswered questions, you can’t rectify what went wrong.”

The SIU was unable to provide a timeline to CTV News Toronto on how long the director’s review would take. Peel Regional Police, meanwhile, said they were unable to comment as long as the case remained before the SIU.

Francique’s father vowed Saturday that a year after his death, he would not rest until he achieved justice for his son.

“My son, to my whole entire family, was a prince,” Derek Francique said. “He was a very, very special person—and he’s still my prince."