It's a boy, and a girl: Toronto Zoo reveals sex of panda cubs 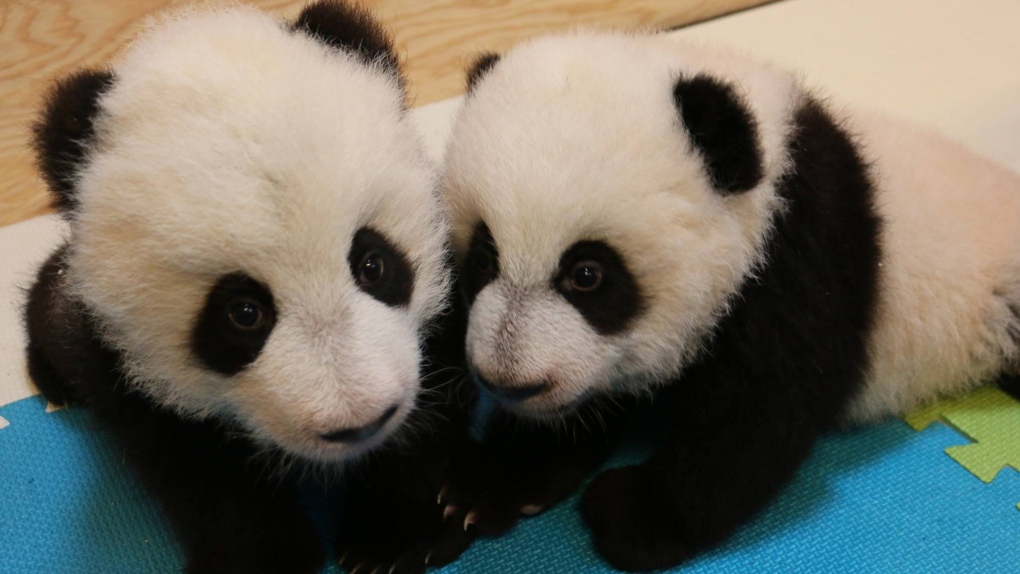 The Toronto Zoo's male (left) and female panda cubs are shown in a photo released Feb. 5, 2016.

The Toronto Zoo has revealed that its twin panda cubs are different sexes.

The larger cub, who was born first, is male, while the smaller cub is female, the zoo said in a statement Friday.

Though the pandas are nearly four months old, the zoo did not release their genders until Friday, saying that telling the sex of pandas based on their appearance is "not very straightforward or reliable."

To determine whether the cubs are male or female, zoo staff had to collect cheek-cell samples with small swabs. The samples were then analyzed at Peterborough's Trent University, in the Natural Resources DNA Profiling and Forensic Centre.

Members of the forensic team tested the samples using a process that involves sequencing the panda cubs' genes, and was able to determine that one is male and the other is female.

The zoo said it will make an announcement on Monday about the cubs' names, but did not provide further details.

The small bears, along with their mother and another male adult panda, are slated to move to the Calgary Zoo in 2018, where they will remain for five years. The bears will then return to China.