'It is not closure': Reaction pours in after guilty verdict in Toronto van attack trial

TORONTO -- A woman who was seriously injured in the Toronto van attack nearly three years ago says that the guilty verdict in the case won’t provide closure but may provide some semblance of relief.

Cathy Riddell made the comment to reporters on Wednesday morning, moments after Superior Court Justice Anne Molloy found Alek Minassian guilty of 10 counts of first-degree murder and 16 counts of attempted murder in connection with the 2018 rampage.

“It is not closure. I don’t feel like dancing but I feel like justice was done and it is a relief off my shoulders that we finally have this trial done and we are through it and you know what justice prevailed,” she said.

Riddell, who is legally blind, was heading to the library at the North York Civic Centre on April 23, 2018 when she was struck by a rented van driven by Alek Minassian and thrown approximately 15 feet.

She suffered a number of serious injuries, including a fractured pelvis, ribs, hip and sacrum as well as damage to her spine, and was hospitalized for two months.

To this day, she has no memory of the attack.

“It was hard because as many of you know I have no memory of what happened so when I did come to the trial the agreed statement of facts was a real shock to me and since that day it has been very hard to absorb. It is like I am going through trauma now that I didn’t go through before,” she said on Wednesday following the verdict. “It is hard to put it into words and that is why I feel relief and am not excited or happy. It is just the beginning for me and it is going to be a long journey.” 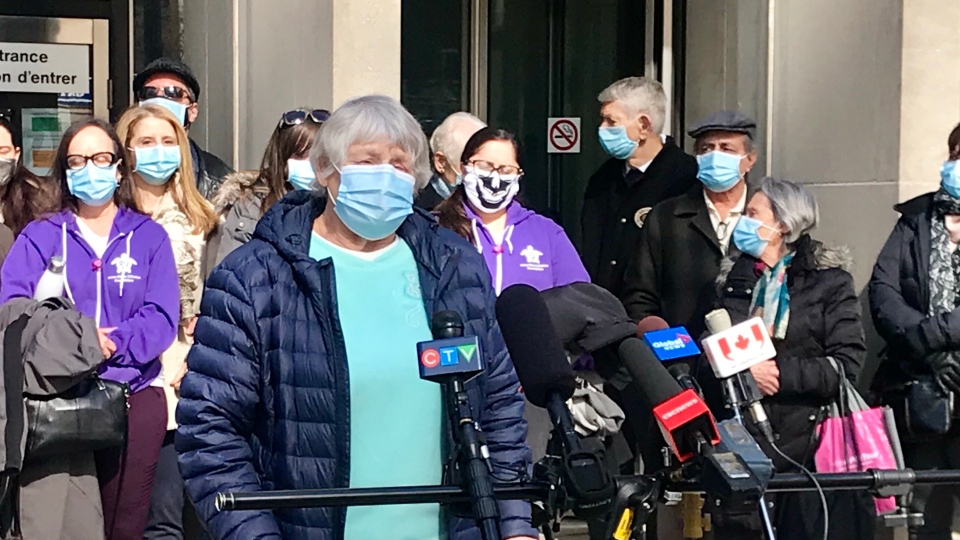 During the trial Minassian admitted to driving a rented cargo van on sidewalks along a busy stretch of Yonge Street in North York on the afternoon of April 23, 2018, deliberately plowing down pedestrians in his path.

Following Wednesday’s verdict, the brother of victim Anne Marie D’Amico said that the decision means that his family can now “move forward without having the legalities of what happened hanging over our heads.”

“It is like you are holding your breath for three years and we can finally breathe,” Nick D'Amico told reporters. “I don’t know how else to explain it. We have a chance now to just kind of continue with life and finding our new normal.”

Tory says he hopes verdict will provide some relief

In her decision, Ontario Superior Court Justice Anne Molloy said that the accused 'desperately wanted to achieve fame and notoriety' and chose to only refer to him as John Doe in an attempt to deprive him of that.

In a statement issued following the ruling, Mayor John Tory thanked Malloy for her handling “of a very difficult case” and vowed to continue to focus on the families of those who were most affected by the Yonge Street tragedy, as well as the “bystanders and first responders whose lives were forever changed.”

“Since that day we have been working to help the survivors heal and move forward and to support the families as they mourn. I truly hope that for the victims and their families and friends, today’s verdict will help,” he said. “Nearly three years ago, our entire city was rocked by this heinous act of violence through the heart of North York. I want those who continue to be impacted by this tragedy to know that Toronto is with you and that we will all continue to support you.”

In his statement, Tory said that the city will remain “forever grateful for all our frontline heroes” who responded that day as well as the many “bystanders who provided aid in those first terrible moments.”

He said that the attack was “fuelled by misogyny and hatred of women” and that we must “all stand up against this kind of hateful behaviour and those who promote it.”

Interim Police Chief James Ramer also released a statement following the verdict, noting that the guilty finding will hopefully “allow our community to try to turn a page to focus on healing together.”

My statement on today’s verdict in the Yonge Street Tragedy trial pic.twitter.com/FYnl1lYc1r