TORONTO -- An investigation is underway after a portion of earth collapsed in a residential backyard area in Toronto’s Leaside neighbourhood where a large transit project is being constructed.

Ontario’s transit agency Metrolinx confirmed that on late Tuesday afternoon they were made aware of “a significant earth movement” on a slope near an exit for the Eglinton Crosstown LRT.

The incident occurred near Brentcliffe Road and Eglinton Avenue.

Trees had recently been removed from the area in order to build a retaining wall, but Metrolinx does not know if that was the cause of the earth movement.

“No one was injured nor property damaged,” Metrolinx spokesperson Anne Marie Aikins said. 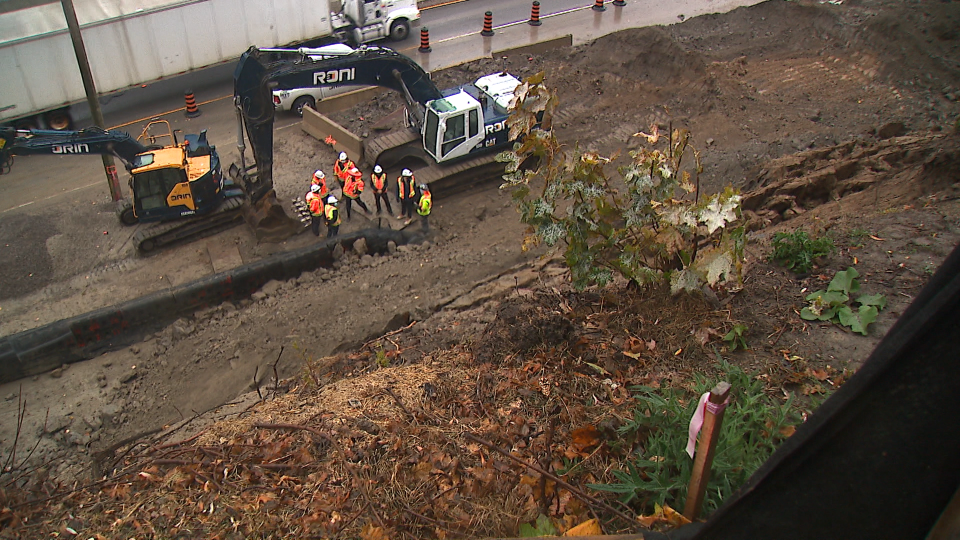 Neighbours say they are concerned about the earth movement, with one person saying they were outside with their child at the time.

"I got really scared because our son was with us and we were playing outside and he could have been in danger," Elaine Yip told CTV News Toronto.

"I'm extremely concerned for current state, if they can resolve it, great ... my bigger concern is when they walk away, what will happen post-construction."

Engineers were on site Tuesday afternoon to stabilize the area and conduct repairs.

“The backyard area is roped off for safety out of an abundance of caution and residents’ fences and properties appear undamaged,” Aikins added. “Safety is critical to everything we do and we are confident Crosslinx, the contractor of the LRT is taking the issue very seriously.”