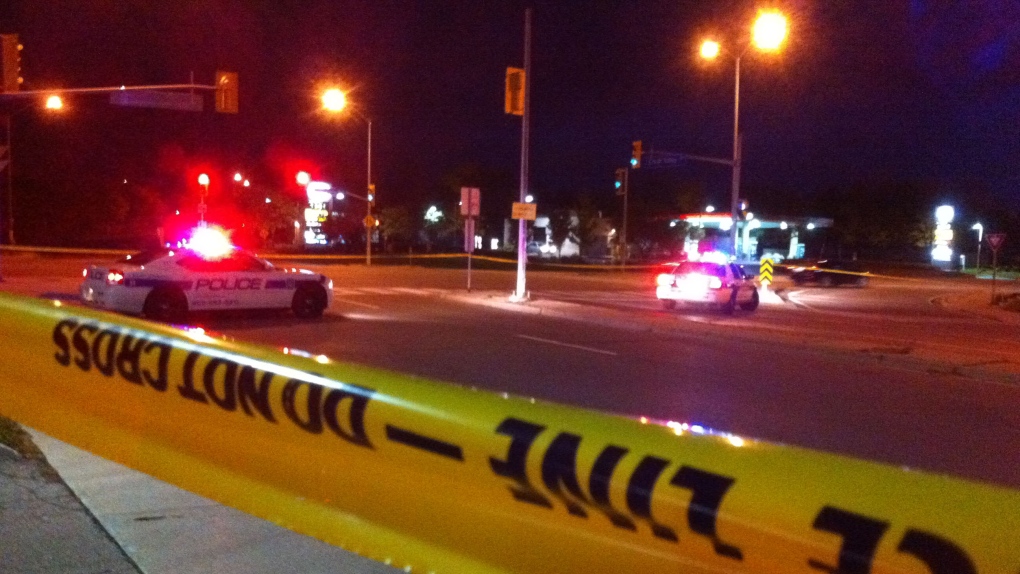 Police tape is shown at the scene of a shooting on Credit Valley Road in Mississauga on Oct. 8, 2012. (Tom Stefanac / CTV Toronto)

Police are investigating after a man was shot in Mississauga early Monday morning.

Peel police said the victim, a man in his early 20s, was with a friend when someone shot him in the pelvis.

After the shooting, it appears that the friend ran to a nearby gas station to call police.

“I could see the tension on his face and all. It was palpable that something serious happened,” he told CP24 early Monday.

An ambulance and police arrived on scene 10 to 12 minutes later, Sehgal said.

The victim was transported to Mississauga’s Credit Valley Hospital, according to Peel Regional Paramedic Services. He has been described as conscious and alert.

Investigators are searching for a man who fled the scene in a red car, said Const. Thomas Ruttan of Peel Regional Police. The suspect was wearing a ski mask at the time of the shooting.