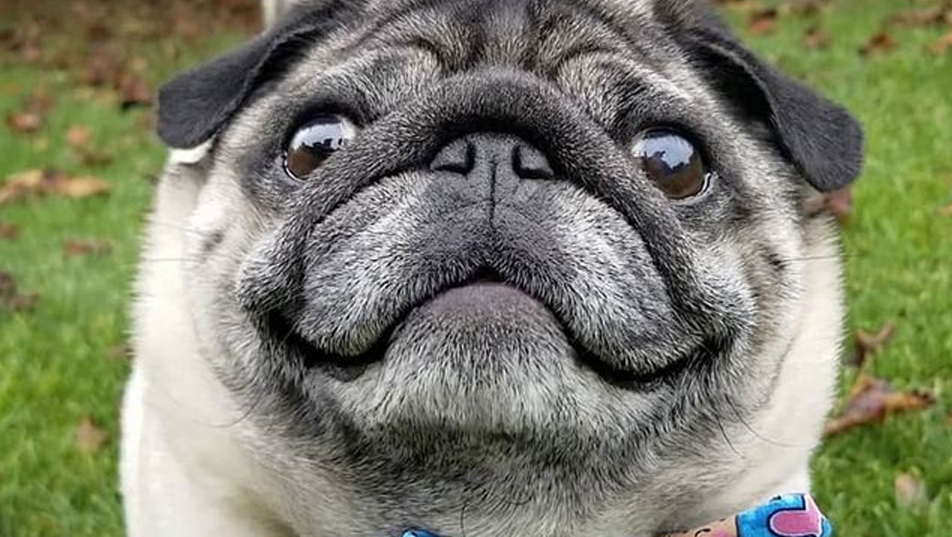 TORONTO -- A hospitalized Instagram-famous Toronto pug has received a little help from her loyal fans – more than $30,000 to help cover her hefty medical bills.

Experiencing one seizure that lasts five minutes or having more than one seizure over the span of five minutes without returning to a normal level of consciousness is called status epilepticus.

After the five-year-old pug went into “uncontrollable and constant grand mal seizure" on Sunday, Mitchell said, she was rushed to her local emergency veterinary hospital where efforts were made to stabilize her.

Then, on Tuesday, Pickles was transferred to a different hospital’s intensive care unit (ICU) for further treatment, including care for a pneumonia she developed from her seizures. 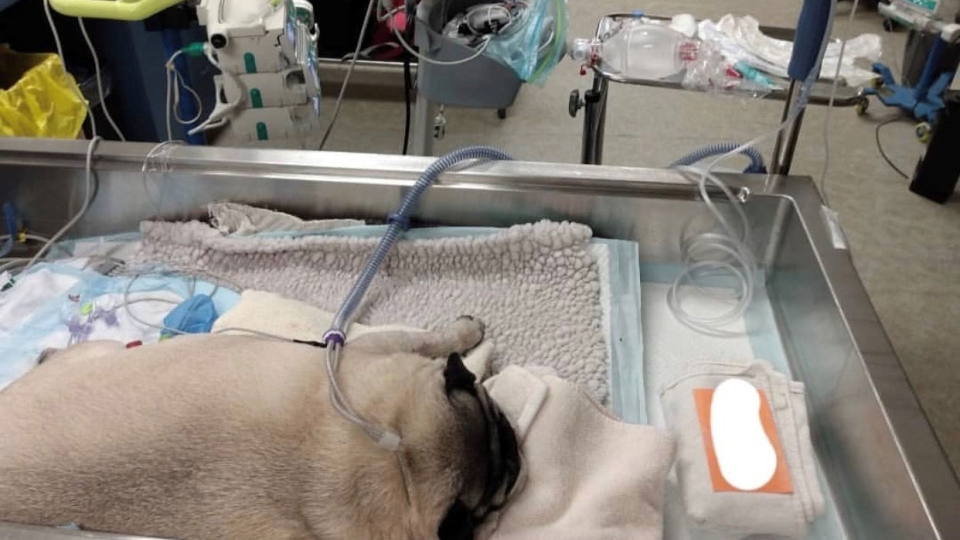 As of Thursday, she remains in the ICU in critical condition, Mitchell said, adding Pickles continues to require 24-hour care from a lung specialist and neurologist.

“She is way less sedate, but is too weak to move on her own,” Mitchell said Thursday evening. “She currently has a disconnect between her eyes and brain, which can happen with such intense seizures, but should gradually return to normal vision if all goes well.”

“Overall, she is comfortable and stabilized, but critical. She is beginning to show some signs of improvement, but no anywhere near out of the woods yet.”

Pickles has been with her owners since she was a puppy and was first diagnosed with idiopathic epilepsy in 2018. Mitchell said her pug had been “very well controlled since then.” 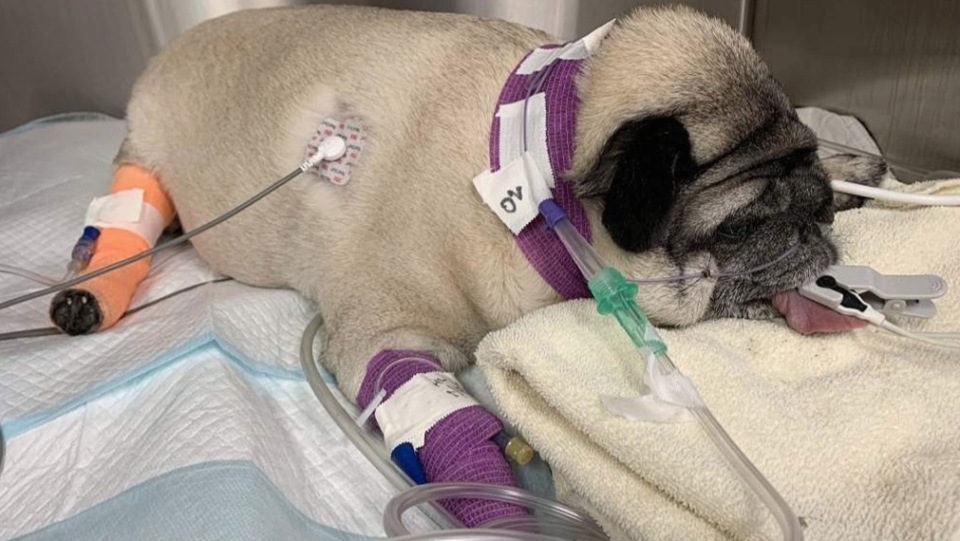 Mitchell posts photographs of Pickles to her social media account to brighten people’s days and spread awareness of dogs suffering from epilepsy.

“Pickles’ social media originally started as a designated place just to share her pictures to family and friends,” Mitchel said. “Her personality really started to shine through and she began to have viral posts.”

Pickles has been featured on a New York Times Square billboard and had one of her videos featured in a Milkbone commercial.

“Her personality is very mischievous and bossy. Everyone is amused by her ongoing joke fueds with the neighbours. We love being able to spread joy and laughs with her friends and fans.” 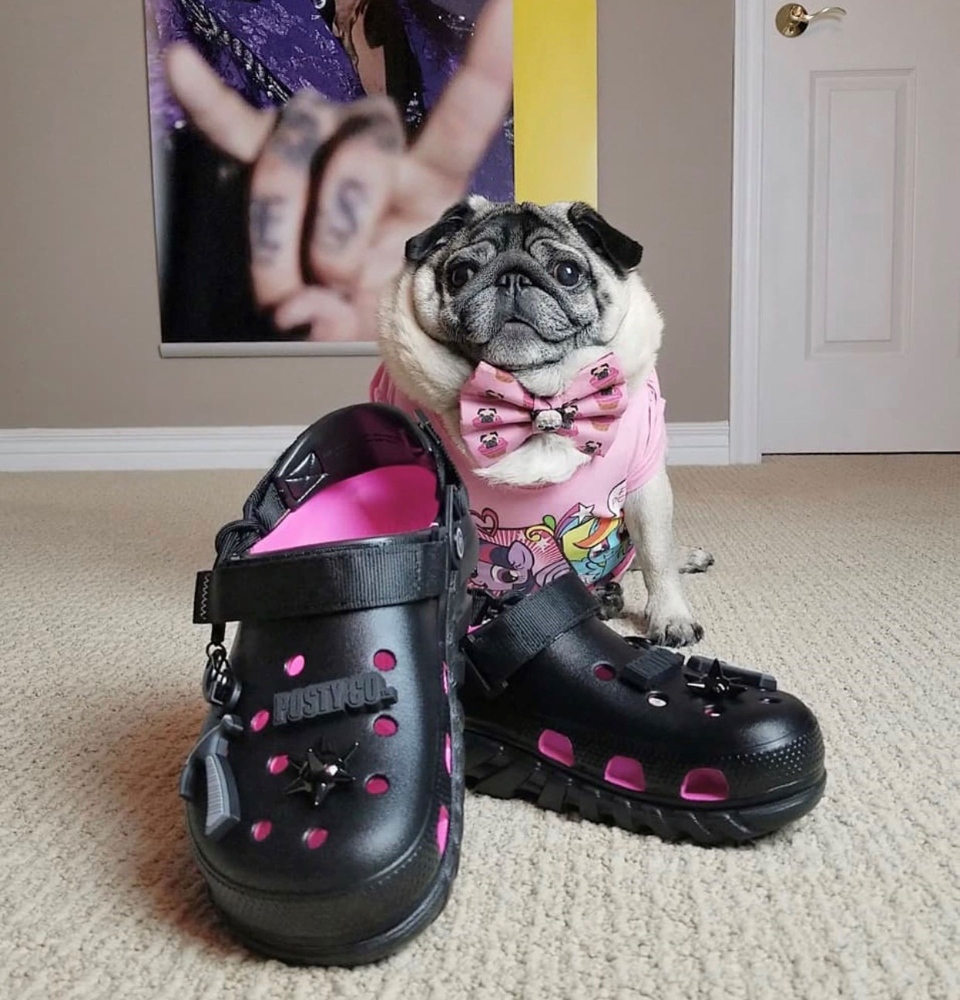 Amidst all the uncertainty surrounding Pickles’ health, Mitchell set up a GoFundMe campaign to help pay the costs of Pickles’ pricey medical bills and her loyal fans rose to the occasion.

“We are overwhelmed by all of the love and support for Pickles and us as a family,” Mitchell said. “We have met so many amazing friends and fellow pug-lovers over the years on social media.”

“We have all become such a strong and wonderful community. Everyone wants to see her come home safely.”

Mitchell said she is very thankful the donations have surpassed her expectations because Pickles’ bill are “continuing to increase by the day.”

“The pug community online has made this high level of care accessible and possible for us when it otherwise wouldn’t have been with the current financial climate of COVID-19,” Mitchell said.

“I am forever grateful and touched by everyone’s generosity and willingness to help save my pug’s life.”

Pickles has not been given a release date from the ICU thus far and once she is allowed to go home, Mitchell said, additional money will be needed for her aftercare, including follow up appointments and future diagnostics.