Inflation keeps going up. How do you protect yourself from rising prices?

As inflation rates accelerate at the fastest level in 30 years, people may be wondering how they can best protect their personal finances.

According to new data released by Statistics Canada on Wednesday, inflation was 4.8 per cent last month in Canada, up from 4.7 per cent in November. That pace hasn't been seen since September 1991.

In Ontario, inflation was even higher at 5.2 per cent.

CTV News Toronto asked Chief Financial Commentator Patricia Lovett-Reid what this means for people and how they can prepare for what’s ahead.

Lovett-Reid said the most immediate effect will likely be an increase in interest rates.

"It would be hard to find an economist on Bay Street that doesn’t think the bank isn't going to move at least 25 basis points next week," she said.

"We're paying more for just about everything. So, for the first time in a long time, we want the bank to raise interest rates to slow inflation down." 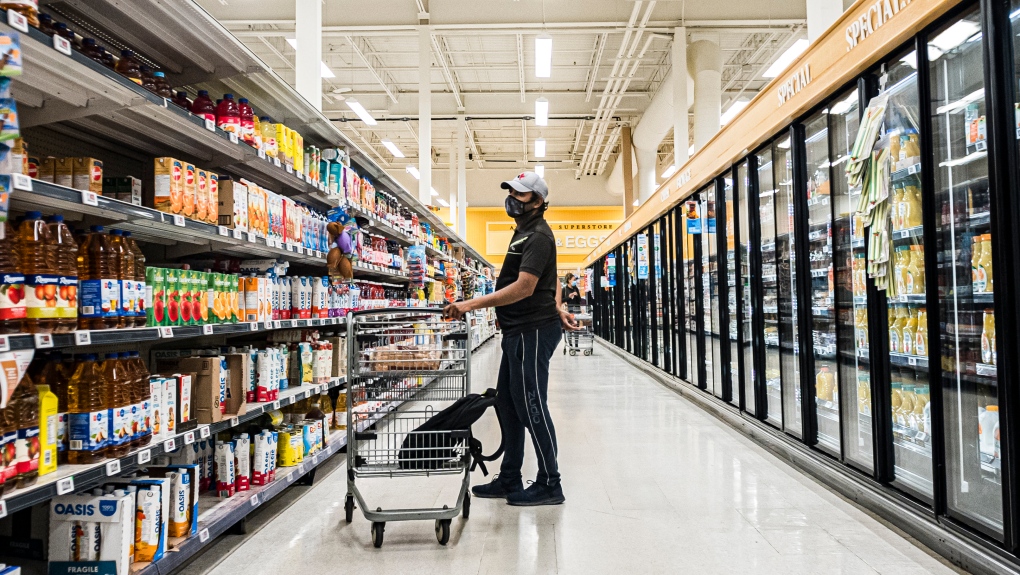 She said raising interest rates will lower people’s ability to spend, and in turn keep inflation rates in check.

"It reduces the purchasing power of people who have variable rate mortgages that are tied to the bank rate, because they have to put more money towards their mortgage,” Lovett-Reid said. “They have less to go out spending."

So what should you do?

Lovett-Reid suggests is people "do their homework" and explore the options with their mortgage.

She said it could be beneficial to "start thinking about moving into fixed-rate mortgages."

While Lovett-Reid said that won't be the solution for everyone, it't important to at least ask questions.

"I think you have proactive at this point," she said. "You don't want to become complacent."

CUT BACK ON SPENDING

Lovett-Reid said during times of high inflation it's important to understand where all your money is being spent and cutback on unnecessary goods.

She said people should ensure they know where each dollar they earn is spent and constantly ensure they're "getting the best bang for their buck."

She said a good example of inflation right now is streaming services. This week, Netflix announced it would be raising it's prices for users.

"They're small amounts, but incremental amounts add up to a lot of over the year," she said.

Lovett-Reid said while the news headlines about inflation can seem scary for people, it's important to understand your own financial situation.

"I think the fact is that you have to understand where your household is at, and what your basket of goods really cost," she said. "For example, we saw inflation tick higher for cars, but you may not be in the market for a car."

She said people need to understand their needs "versus panicking from a headline number."

Overall, Lovett-Reid said there isn’t one single thing that will help save consumers money during this period of high inflation.

"It's going to be a series of doing a lot of little things," she said. "It's not about the big win."

A daylong memorial began Monday in Kamloops, B.C., at the site of what was once Canada's largest residential school on the one-year anniversary of the announcement of the detection of unmarked graves.

Storm leaves at least nine dead, many powerless across Ontario and Quebec

Tens of thousands of people remain without power after Saturday's powerful storm that left at least nine dead and caused extensive damage throughout southern Ontario and Quebec.

A Russian soldier who pleaded guilty to killing a civilian was sentenced by a Ukrainian court Monday to life in prison -- the maximum -- amid signs the Kremlin may hold trials of its own, particularly of the captured fighters who held out at Mariupol's steel plant.

The first of three charter flights bringing Ukrainian refugees fleeing Russia's invasion to Canada is to land in Manitoba this afternoon.

Wreckage found of plane that disappeared in Ontario with Alberta men onboard, police say

The wreckage of a small plane that disappeared last month in northern Ontario with two men aboard has been located in Lake Superior Provincial Park.

The Canadian royal visit took place at a time when many are starting to view Prince Charles differently, given that his destiny to be King seems to loom closer, Richard Berthelsen writes in his exclusive column for CTVNews.ca.

A new study that brought sniffer dogs to an airport to search for COVID-19 has found that dogs may be able to detect the virus with high accuracy just from smelling skin swabs.