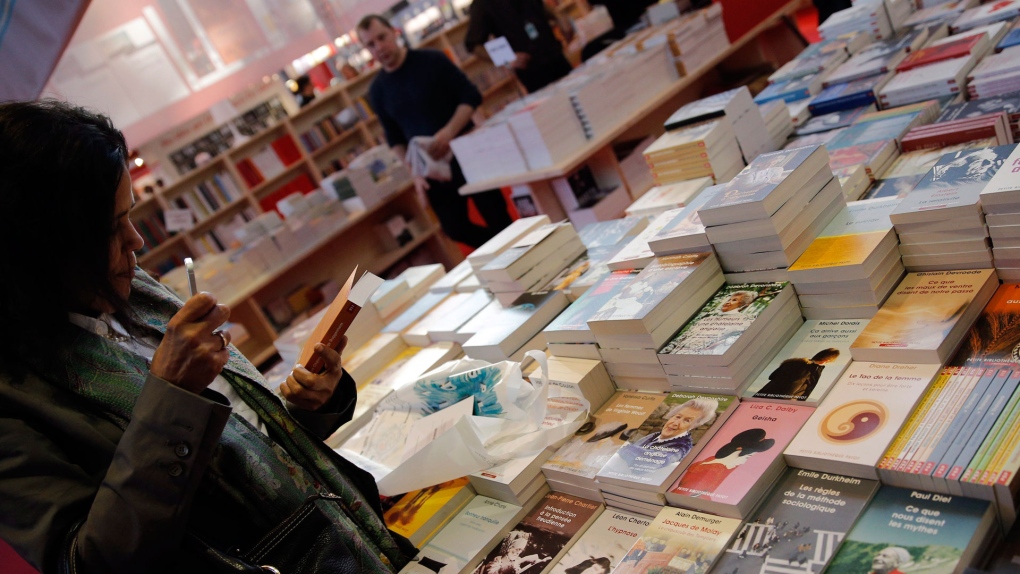 In this file image, a woman browses at a book fair Thursday March 20, 2014. (AP Photo/Christophe Ena)

TORONTO -- A literary prize born out of a media scandal will bestow $25,000 in various awards to burgeoning Indigenous writers.

Organizers of the Indigenous Voices Awards are inviting submissions between Oct. 31 and until Jan. 31, 2018. The winners will be announced in Regina on May 31, 2018.

It's the result of a crowdfunding campaign that emerged this summer after an editorial in Write magazine argued in favour of "cultural appropriation."

That was followed by a social media debate in which several media executives tweeted that they would help fund an "appropriation prize."

The prize is being administered by the Indigenous Literary Studies Association, a scholarly organization dedicated to supporting Indigenous literature and its study.

Organizers say the remaining funds will be dedicated toward supporting what they expect will be an annual event.

More details will be announced Saturday at the Vancouver Writers Festival and on the association's website.