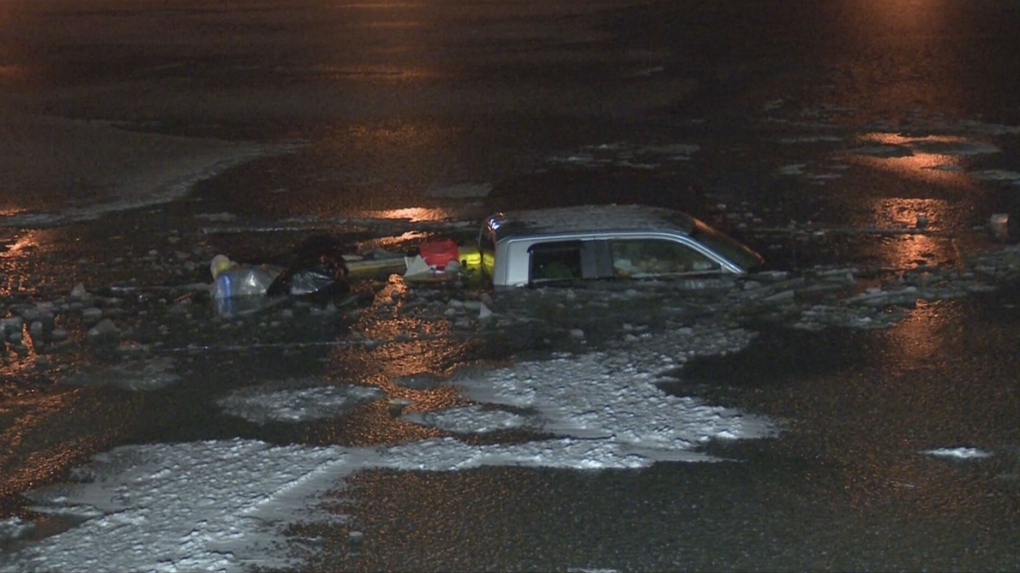 A man is facing impaired driving charges after a vehicle fell through ice at Bayfront Park in Hamilton.

TORONTO -- A man has been charged with impaired driving after a truck drove onto ice and fell through it at the Bayfront Boat Launch in Hamilton.

On Friday, at around 10:30 p.m., Hamilton police were called to Bayfront Park for reports of a vehicle in the water.

A male driver allegedly drove a pickup truck onto the ice before it fell through and became submerged.

Police say the driver was able to get out of his vehicle and is OK.

The driver was arrested and charged for impaired driving, police said.

No other occupants were in the vehicle.

The vehicle is still in the water but is expected to be removed Saturday morning.