‘I was in shock’: Video shows car speeding wrong way on Hwy. 407

A driver who witnessed a vehicle travelling the wrong way on Highway 407 said the incident has left him in shock.

Waterdown, Ont. man Keith Ali captured the incident on dashcam video as he was travelling eastbound on Highway 407 in Oakville around 11 a.m. on Tuesday.

“I saw a car pass me on the left. As soon as he passed me, he came right in front of me, and then suddenly stepped on the brakes and started to swerve,” Ali said, speaking to CTV News Toronto.

“I thought ‘what’s going on with this guy?’”

Ali said the incident has left him all “shaken up” and fears it could have been far worse.

“But it’s a different feeling to experiences it. I imagine if we were in a collision, at that speed, it would have been pretty serious for sure.” 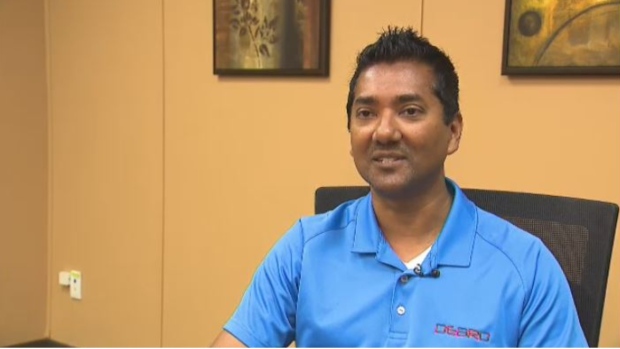 Keith Ali said he was shocked after witnessing a vehicle travelling the wrong way on Highway 407. (CTV News Toronto)

Ali said he called police shorty after to report the event.

OPP Sgt. Kerry Schmidt confirmed to CTV News Toronto the vehicle in question got on Hwy. 407 at Hwy. 403 near Burlington and began driving westbound in the eastbound lanes.

A 75-year-old woman was stopped and appeared confused and disoriented, police said.

While no charges have been laid, the woman’s driver’s license is under review.