'I paid on the bus—I got choked': Victim testifies in Toronto officer’s assault trial

TORONTO -- Warning: This story contains graphic content that may be disturbing to some readers/viewers.

Video played in court shows a plainclothes Toronto police officer grabbing a Black TTC rider by the throat within seconds of arriving at a call that the young man was causing a disturbance and not paying his fare.

But Chase Richards, 40, testified that he had paid and tried to prove it several times, but wasn’t believed by a TTC driver—who pulled over and cleared the bus—or by the responding officers in the Scarborough Dec. 13, 2019 incident.

“I took out my wallet and I showed them I had sufficient funds and I tapped my card again to prove to my fellow passengers that I wasn’t cheating or causing a disturbance,” Richards testified on Thursday afternoon at Old City Hall.

“The driver said he doesn’t want to ride with me because I smell like cigarettes,” he said. “I told him my smell shouldn’t affect you doing your job.”

Crown Attorney Robert Shallow asked Richards, of the entire event, “You said this is racism, why do you say that?”

“I don’t think if this was a young white male on the back of the bus we would have to go through all that we’re dealing with,” Richards replied.

Richards was accused of mischief and causing a disturbance. But the trial is now examining the conduct of Toronto Det. Christopher Hutchings, who is accused of assaulting Richards and using excessive force. 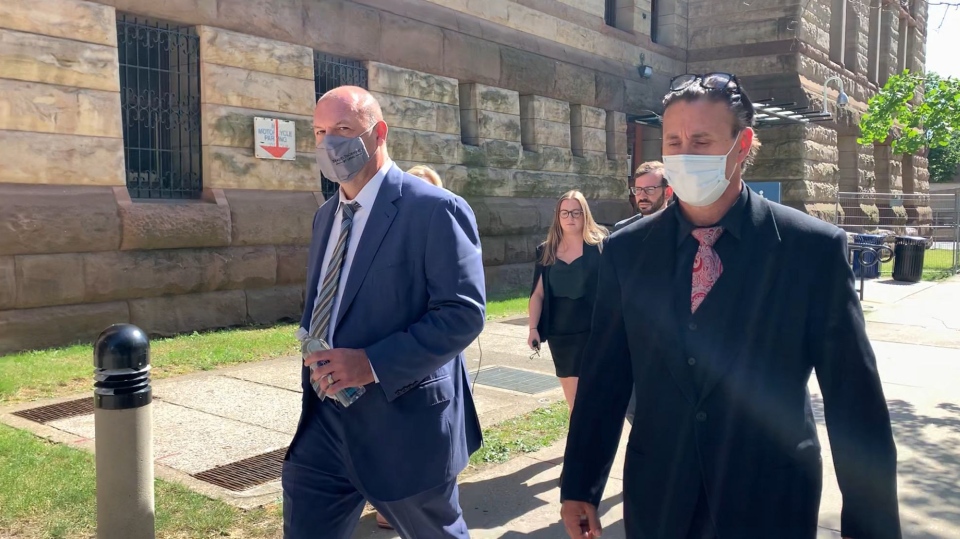 Richards testified that he tapped his Presto card when he got on the bus’s rear door, but was called out by the driver, who put the bus out of service.

Video shows others leaving the bus, but Richards stays.

“At the time I decided to stay on for the simple fact that I’m a young Black man and I don’t want to be accused of cheating and leaving the scene,” Richards testified.

On police radio played in court, an officer says, “TTC is reporting a bus is holding with a male refusing to get off and not letting the driver drive, standing right beside him.”

Hutchings and another officer arrive. The three are in conversation for about 25 seconds.

“One of them said, ‘Is this the mother, excuse my language, mother**** that’s causing the problem?’ I replied I’m not a mother***** because I paid my fare,” Richards testified.

Then Hutchings is seen in the video grabbing Richards, pushing him to the other side of the bus, and holding him against the seat by grabbing him.

The video shows him holding Richards by the neck for at least 30 seconds before throwing him to the ground on the bus and putting his foot on his body.

Another video played in court shows Richards being held in a police car talking to two other officers. One officer tells him he’s being held for causing a disturbance.

“For paying?” Richards responds. “I showed my Presto card. I paid on the bus. I got choked. He physically choked me.”

He asks the officer to check the video of the bus — video that has turned out to be a crucial evidence at trial.

“Before you close the door, can you check that the bus cameras are working,” he asks. 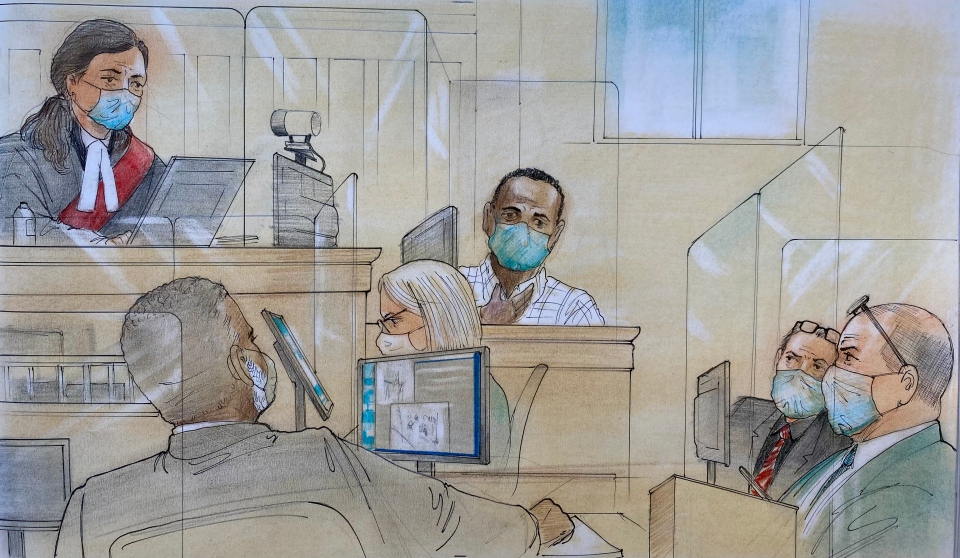 Hutchings has been suspended with pay from Toronto police and has pleaded not guilty. Detective Jason Tanouye, Hutchings' partner that night, was also charged with assault.

In a statement, the Toronto Police Service said that, “officers are trained to use proportionate use of force needed to gain control of a situation safely and without injury during dynamic situations."

"The Service does not teach neck restraint or “chokeholds” as a standard.”