TORONTO -- There may have been a little rain on his parade, but nothing could dampen Jared Kozak’s spirit today.

“I’m so proud that I finished school!” he tells CTV News Toronto. “I worked so hard on all these classes and I’m so happy that I passed all of them!”

As of today, after seven years at St. John Paul II Catholic Secondary School in Scarborough, Kozak is a high school graduate.

“It’s been a long time coming,” Kozak’s mother Juliet said. “Jared worked so hard to achieve what others thought he could not and I am so proud of him.”

Kozak has autism and put in many extra hours to earn his diploma. When the COVID-19 pandemic began, he finished his final few months of high school from home, but over time it became clear that Kozak wouldn’t be able to have a traditional graduation ceremony at the school. 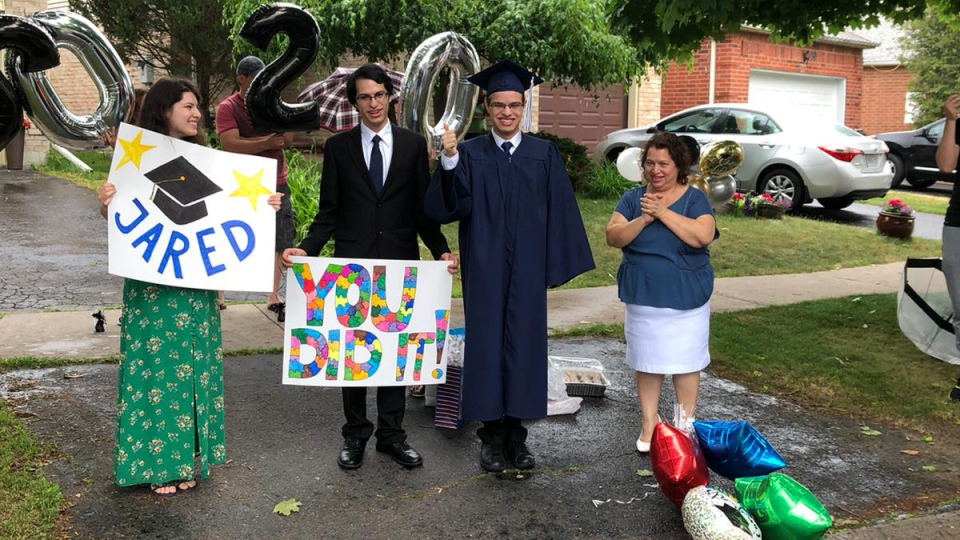 “He was absolutely devastated that he wasn’t going to be able to graduate with his friends, and that’s something that’s been really important to him over the last year, “Annalisa Pastore, Kozak’s teacher, told CTV News Toronto.

“So my team and I, we just basically tried to come up with an idea of what we could do for Jared to make this day memorable. So we thought, ‘hey, let’s try a graduation parade!’”

That’s what they did Tuesday, outside Kozak’s Toronto home. Cars lined the street, as well-wishers dropped off cards, gifts and balloons. Kozak was also treated to visits from members of the Toronto Police Service and Toronto Fire Service.

“Everyone made him happy today,” says Nicholas Moniz, Kozak’s classmate. “It makes me feel proud for him.”

The staff at St. John Paul II say the community recognizes what a great accomplishment this is for Kozak.

“He is graduating with a diploma,” Lisa Chin-a-Loy, a child and youth care worker, said. “Often times kids with special needs graduate with a certificate for their accomplishments, but he got all the credits that any other high school student can get.”

Those who have been with Kozak through his high school journey say it was an emotional day. 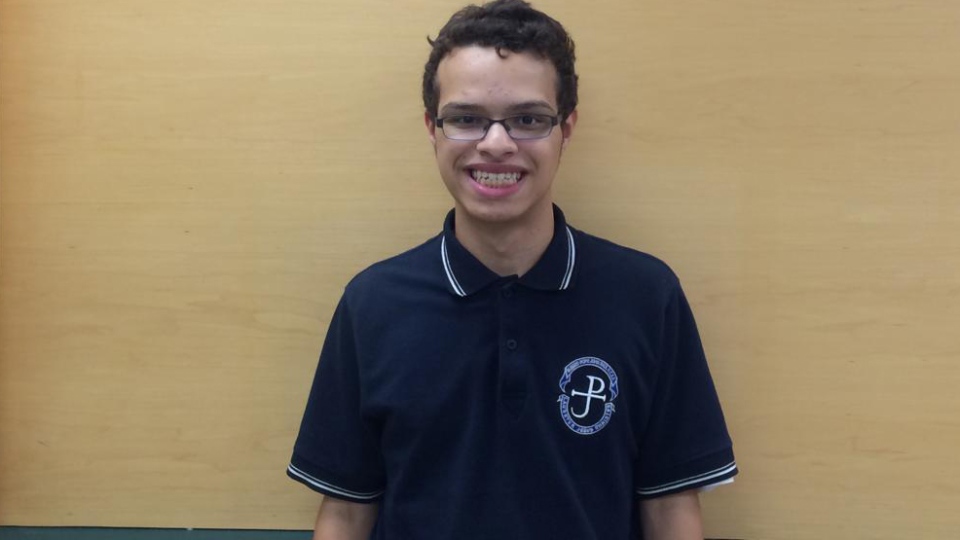 “His story is absolutely amazing,” says Pastore. “The fact that he has come so long, so far from just being at school 15 minutes a day, and then being able to accumulate the 30 credits in order to graduate, it’s absolutely inspirational.”

Kozak’s mother, who has been advocating for his education for years, says today represented the “fight” being over.

“With the support the school has given him, he did it!” she says.

“I am so happy,” he told CTV News Toronto. “Happy Graduation!”