'I'm not safe in my home’: Bullets fly through Etobicoke apartment unit

An Etobicoke resident says bullets smashed into his fifth floor apartment unit, when more than a dozen gunshots were fired early Wednesday morning in his neighbourhood.

Aqeel Haider, who lives in the community housing building on Waterton Road, said he heard loud gunshots at around 2 a.m., but didn't see anything suspicious when he looked out his window.

He said that when he woke up in the morning, he found a bullet hole in his balcony door, and the glass on his screen door shattered. 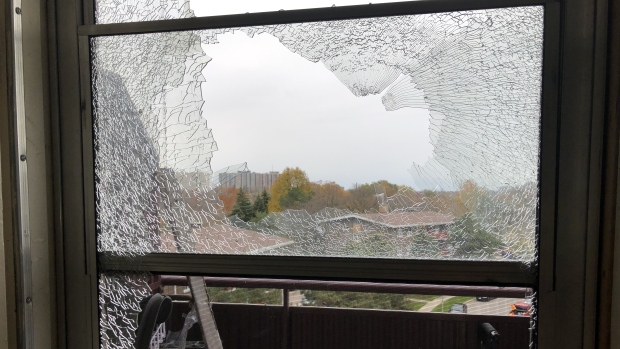 Haider said that he then realized that a bullet was lodged in his kitchen wall, and had ricocheted off the wall and ceiling in his living room.

Another bullet, he said, was found in the brick wall on his balcony.

He said that at around 1:30 a.m. Wednesday, he had been standing at the exact spot where the bullet entered his home to remove curtains.

"This bullet [could've] come through my head," Haider said, adding that the bullet hole on the door was approximately the height of his forehead.

Toronto Police arrived on scene this morning, and sealed off an area of Scarlettwood Court where they found 12 shell casings. 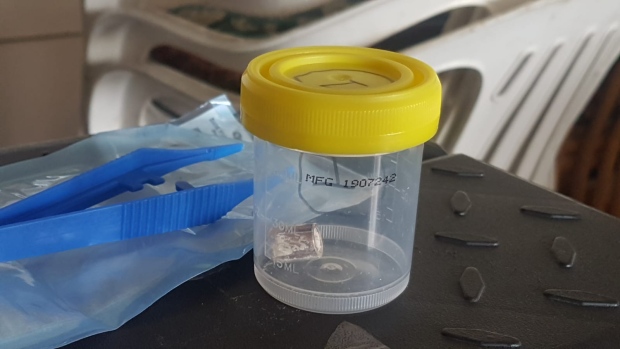 There were no reported injuries, and no description of suspects.

Haider said he regrets not calling police when he heard the gunshots.

"That was a mistake... Why I didn't call right away," he said. "Toronto is my home, Canada is my home... If we don't call the police, nobody will help us."