'I hope he feels awful': Medical formula for child with kidney disease stolen from porch

TORONTO -- An Ontario mother says she was angry to learn that someone had stolen medical baby formula meant for her daughter, who has a rare kidney disease, from the family’s front porch.

The little girl, Emily, was born with bilateral multicystic dysplastic kidney disease, a rare illness in which the kidneys don’t work properly and produce no urine.

“Most children don’t survive, so we were planning a funeral,” said her mother, Rita, who didn’t want to provide her last name.

At five days old, Emily was put on peritoneal dialysis and, with the help of staff at SickKids Hospital, survived.

“She’s already a bit of a miracle.”

Emily is fed through a gastric tube and is given a special medical formula called Nephea Kid that helps balance the electrolytes in her body. Without it, Rita said, her daughter’s electrolytes become imbalanced – a problem that could lead to hospitalization. 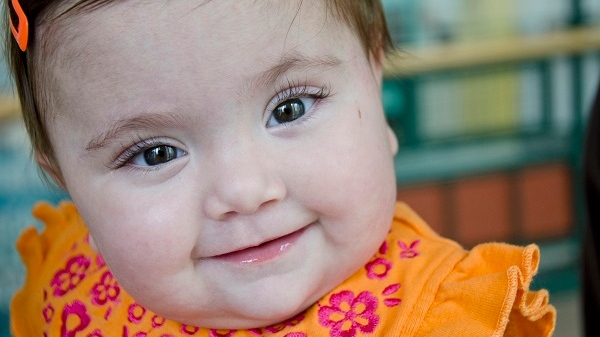 Rita said there is only one supplier of the formula in Canada, and he is in British Columbia. The supplier, in turn, gets the product shipped from Germany.

“That shipment that we got is supposed to last two weeks and it took two weeks to get it.”

Rita said that she and her husband were on the phone with SickKids Hospital Tuesday afternoon when Purolator dropped off the latest shipment of the formula outside her Etobicoke home, located near Scarlette Road and Eglinton Avenue.

“We heard the doorbell ring and we thought ‘we will get it later,’” she said.

The couple was notified of the shipment, but when they went to get the package, it wasn’t there. Surveillance video footage of the outside of their home showed the shipping company had dropped off the package at 2:34. Five minutes later, someone wearing what appears to be a hoodie and a jacket is seen walking up to the front door.

The person is seen on the video picking up the package and running away. 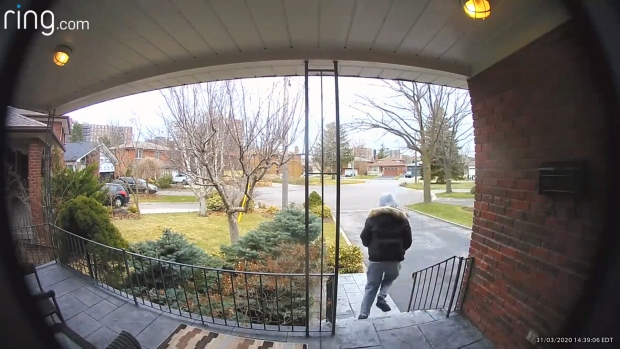 Rita said she was shocked that it happened so fast and thinks the suspect may have been following the Purolator truck.

“I don’t know what goes through people’s minds,” Rita said. “It’s very frustrating. To have a child that’s very sick and susceptible to COVID-19, and you’re trying to do everything to keep her safe, and now her food gets stolen.”

“This is what she eats four times a day.”

Rita said each can of the formula costs about $40, and the box contained 12 cans – nearly $500 worth of food for Emily. The family said they have filed a police report, contacted Purolator and reached out to the supplier, but she doesn’t know if she will get her money back.

The family had prepared for a delay or shortage of product due to the impact COVID-19 is having on businesses and say they have about a two-week supply left.

“I hope he feels awful. First of all you shouldn’t be stealing. Second of all, you just stole from a baby.”

But Rita says that even if the alleged thief returns the box of formula, she wouldn’t use it as her daughter is immune-compromised and would be highly susceptible to the novel coronavirus spreading across the globe.